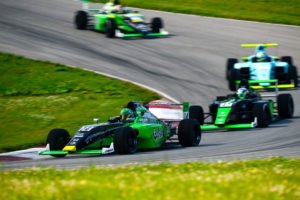 Taking on the second event weekend of the F4 United States Championship Powered by Honda, Alliance Racing Sponsored by Gas Monkey Energy continued their ever-improving and consistent results. Leading the way for the five driver Indianapolis based program was Canadian Ryan MacDermid, who scored his best career finishes, as well as New Yorker Dylan Tavella, who claimed his first career pole position.

After progressing through two series test days and one official practice day, it was time to get down to business last Saturday at the Pittsburgh International Race Complex. Tavella led the way in qualifying taking the fifth fastest lap of the session while MacDermid put two Gas Monkey Energy branded cars in the top-ten with eighth. Due to a carryover penalty from the first event weekend, Tavella was relegated back to ninth and MacDermid up to seventh officially for the start of race one. Female driver Zoey Edenholm turned heads in only her second-ever weekend behind the wheel of a racecar to qualify tenth while Chandler Horton and Will Edwards were 15th and 21st respectively. 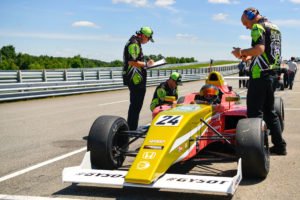 Tavella grabbed the best result in a disappointing race one for the team with a sixth-place finish while MacDermid fell back but salvaged an 11th. Edenholm gained even more experience behind the wheel of an F4 car to cross the line in 14th with Edwards and Horton classified in 19th and 21st when all was said and done.

“The first race on the weekend was not what we had hoped for,” expressed Team Owner Toney Edwards. “After a promising qualifying session, we seemed to struggle in the first wheel-to-wheel action on the weekend. Fortunately, we had two more races on Sunday that we could use to build confidence, momentum, and results to close the weekend.”

Back to the track on Sunday morning for rounds five and six of the F4 Championship, Dylan Tavella showed his pace as he had an outstanding drive forward. Securing the fourth position on track and narrowly missing the podium, Tavella turned the fastest lap of the race, ultimately claiming the pole position for round six, his first career inside front row starting spot in the F4 United States Championship Powered by Honda. MacDermid continued his steady progress, claiming his best result of his short car racing career adding more points towards his championship total while Edenholm showed great progression throughout the race weekend and finished 14th. Will Edwards had an outstanding drive and like MacDermid, matched his best result of 2019 while Horton finished just outside the top-20. 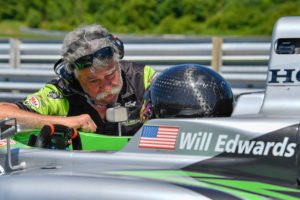 Marching his way forward on the results sheet through the first five races of the year, MacDermid did not disappoint in race three on the weekend as he did it again. Taking advantage of on-track situations, the rookie driver finished sixth on track but was moved forward to fifth following post-race infractions. With the result, MacDermid has now given himself a shot at Rookie of the Year honors as the season has yet to reach the halfway mark. Horton has his best result of the weekend in 13th while Zoey Edenholm ran inside the top-ten before a drive-through penalty sent her down the running to finish 17th, just ahead of Edwards in 18th.

With six races now seeing the checkered and 11 to go, the next on-track action will take place over the July 26-28 weekend at the ultra-fast Virginia International Raceway. 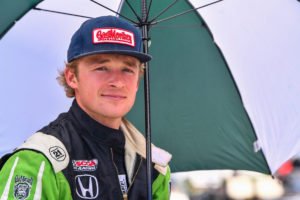