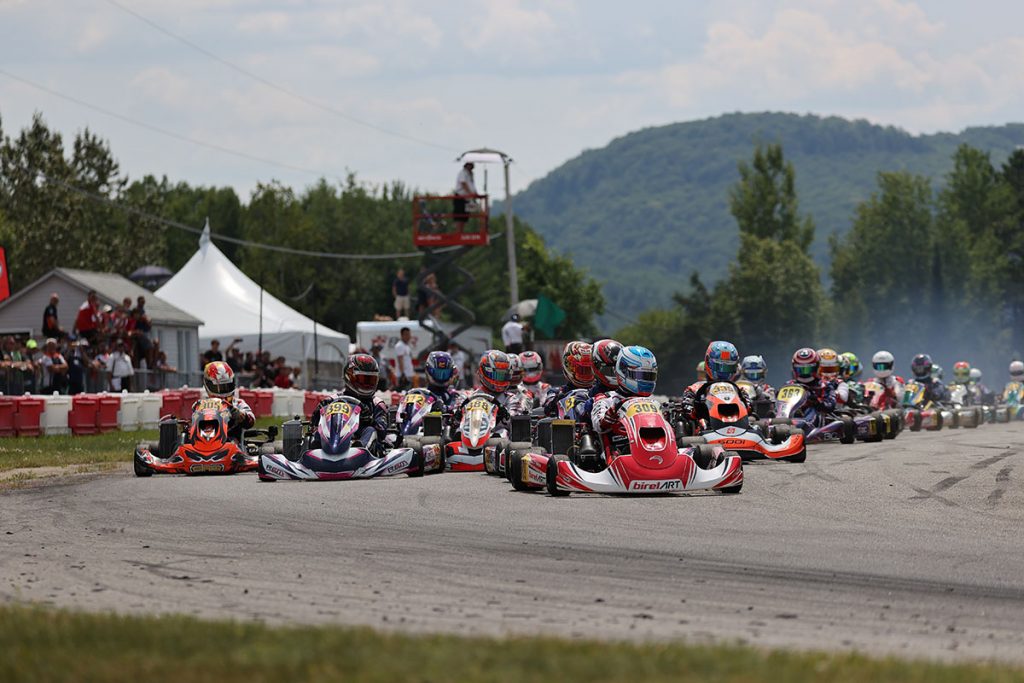 It was a dominating weekend for the BirelART North America contingent this past weekend at the Canadian Open. Taking home seven Super Pole awards, eight wins, and an astounding nineteen podium results, the multi-dealer BirelART North America squad earned some hardware at the Jim Russell Karting Circuit in Mont Tremblant, Quebec. 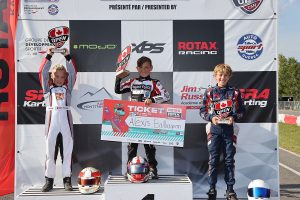 “Another great weekend for the team and some solid results for many of our Canadian dealers,” explained BirelART North America’s Dominic Labrecque. “We continue to show that we are one of the best teams in Canada and one of the most supportive to our dealer network, and this is proven through our results, work ethic and the growth of our products throughout North America.” 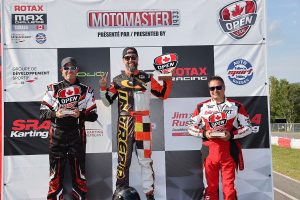 Earning pole positions in the Super Pole session were Briggs Junior driver Jordan West (Prime) as BirelART put five drivers in the top-six positions. Jordan Prior (Prime) led the way in Briggs Senior with the Super Pole while Antoine Lemieux (PSL Karting) led a 1 – 2 – 3 Super Pole session for the product line. Lucas Delongschamps (BCR) took top honors in Rotax Junior with three BirelART machines in the top-five as Christophe Boisclair (BCR) led the way in DD2 Master. Flexing their muscles in the gearbox classes, Davide Greco earned the inside front row starting spot in Shifter M1 while Alexandre Gauthier did the same in Open Shifter Master. 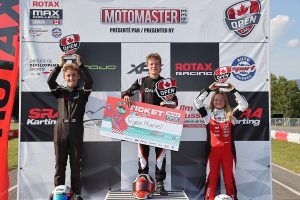 Labrecque continued, “Congrats to our Super Pole winners and all BirelART drivers that made the session and qualified well. With the sheer success, it is hard to mention everyone but thank you for the hard work and efforts!”

Another win and two podiums came from the Briggs Senior category with Alex Murphy climbing his way to the pointy end of the podium with Jordan Prior (Prime) following closely in second. David Barnes (Prime) and Michael Aubin (PSL) came home sixth and eighth. Briggs Master driver Steve Lyons (BCR) represented the brand in the Masters class and drove to a third place podium result. 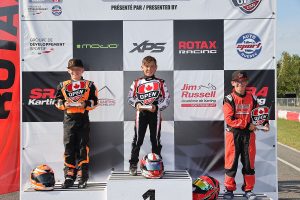 Into the two-cycle classes and it was five BirelART drivers in the top-six in Mini Max including a pair on the podium when the final checkered flag flew. Alexis Baillargeon (BCR) led the way to score the win as Lucas Delongschamps (BCR) was third, just ahead of Olivier Mrak (BCR), Antoine Lemieux (PSL) and Jackson Lachapelle (BCR) in fourth, fifth and sixth. 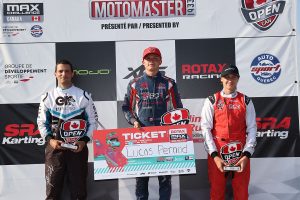 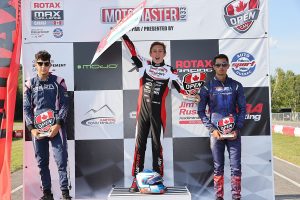 It was a podium sweep in DD2 as BirelART competitors took the top three positions and six in the top ten. Leading the way with the Canadian Open title was Lucas Pernod (BCR) ahead of Christopher Rizk (ETI) and Louka St-Jean (PSL) as the trio celebrated on the podium. Yuchen Ye (ETI) crossed the stripe in seventh, just ahead of Cederic Cataphard (BCR) in eighth and Christophe Legrand (BCR) in ninth. 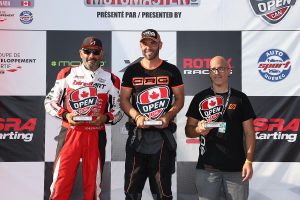 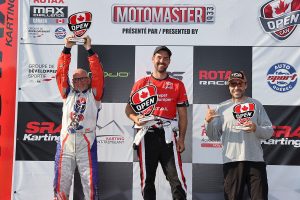 Davide Greco (PSL) scored a Canadian Open win in Shifter M1 as Dominic Legrand followed suit in Open Shifter. Jarad Ramnarayan (PRO) joined Greco in the top-five in the M1 class with a P5 result while a pair of second place results were earned by Francesco Vassallo (PSL) and Michael Legrand in Shifter M1 Master and Open Shifter Master. 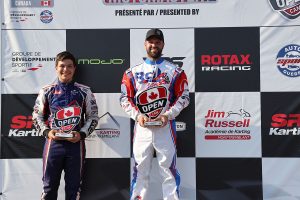 Labrecque added, “Thank you to all our drivers, dealers, customers and supporters. Let’s work even harder and keep pushing for more Canadian Open titles in 2023.”