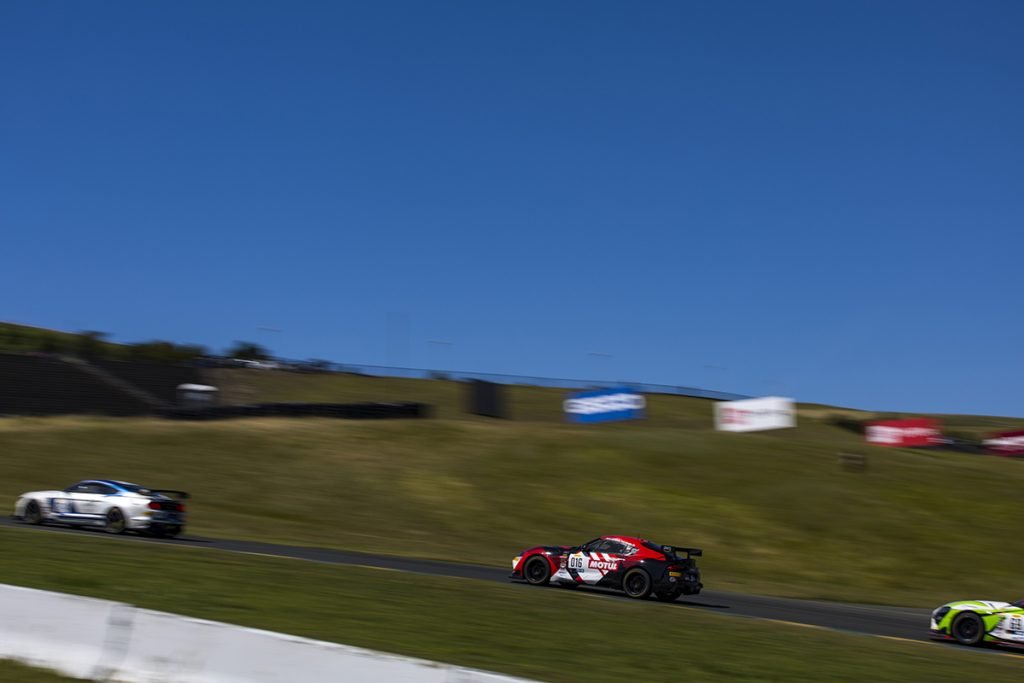 Barely legal to drive on the streets of Ohio, Seth Lucas made his 2022 SRO Motorsports Group Pirelli GT4 America debut this past weekend at the famed Sonoma Raceway in Napa Valley, California. Piloting a Toyota Supra alongside Matt Plumb, the pair showed speed throughout the weekend running inside the top-five on occasion, eventually closing their weekend with an eighth place finish. 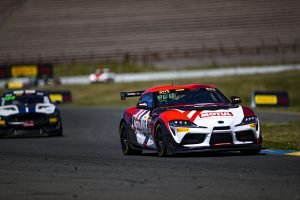 “It was a challenging start to the weekend as track time was very limited due to the weather,” explained Lucas. “The first session was all but cancelled and the conditions were changing throughout the Thursday and Friday test days. Heading into qualifying and the first race on Saturday, we had a good idea on where we needed to be but were not 100% certain.”

Racing in the Pro/Am class, Lucas would take on the role of qualifying on Saturday morning and pilot their #016 Motul USA backed Toyota Supra to a solid seventh place effort. As the quickest Toyota in class, the goal was simple when the wheel-to-wheel action commenced.

Moving forward to run inside the top-five during the first half of the hour-long race, pace was slowed due to several caution periods before a red flag brought drivers to pit lane just prior to mid-race distance. Back green with thirty minutes to go, Lucas dove for the pits to hand the controls to Plumb, who would close the race one in the two-driver endurance style race format.

Lucas continued, “The first half of the race went well. Unfortunately, we ran into a little trouble after the driver change and fell back. Matt drove well and was able to get us back to finish 13th, but the result was not a true representation of our speed.”

For race two on Sunday, Plumb would take the green flag from well outside the top-ten and begin the march forward for the Hattori Motorsports effort. Again, showing speed and moving forward to P10, Lucas climbed behind the wheel with twenty-eight minutes remaining as he looked to bring home the team’s first top-ten result of the season. As the pit stops cycled through, Seth was able to get into a rhythm and move his way towards the front. Advancing into seventh and challenging for P6 in the latter stages, he would eventually cross the line in eighth, a good result for the first year program. 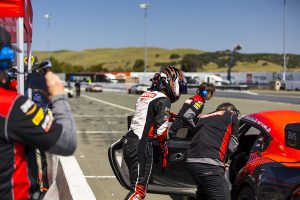 Lucas continued, “We are a first year program and the competition in the Pirelli GT4 America Series is quite high. To finish eighth in our first event weekend and show the speed that we did is awesome and helps build momentum for the future. The weekend may have just ended, but I am already looking forward to the next one.”

It will be just under a month before Seth Lucas, Matt Plumb, Motul USA, and Hattori Motorsports are back on track for rounds three and four at the new Ozarks International Raceway. Stay tuned to the Seth Lucas Racing social media pages for news, information, photos and announcements throughout the 2022 season.

For more information on Seth Lucas and Hattori Motorsports, please contact Chris Lucas via email to Clucas@TeamLucas.org or visit Seth Lucas online at www.SethLucasRacing.com or by searching him on social media via Seth Lucas Racing.