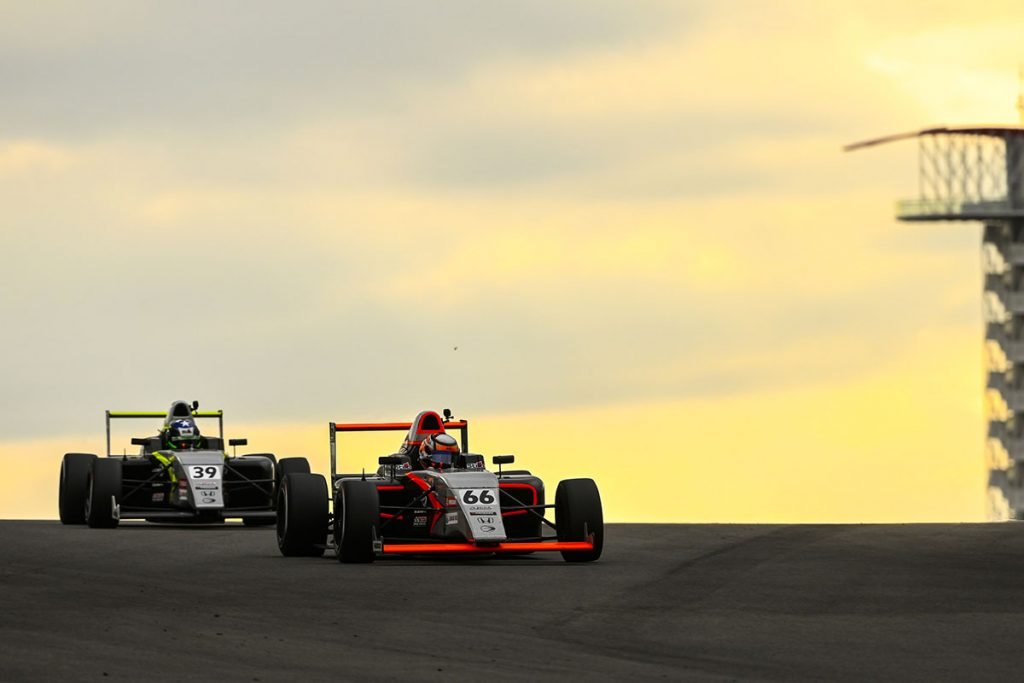 Already confirmed for the Toyota Racing Series in New Zealand early next year, local boy Ryan Shehan was aiming to finish his F4 United States Championship Powered by Honda on a high. As one of only four drivers battling for the season-long championship entering the final event, Shehan needed a miracle to secure the title but entered the weekend full of focus and energy. 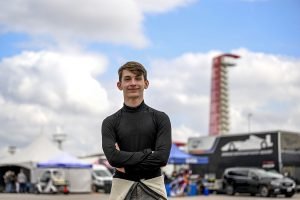 Completing two practice sessions on Wednesday morning, qualifying saw Shehan turn a lap at the Circuit of the Americas that slotted him into the seventh position, in and around his championship rivals. Less than a tenth of a second away from the fourth position, the hometown racer turned to race one and an effort that he hoped would catapult him up the running order. Thursday morning, Shehan was able to elevate himself up the running order to earn a fifth-place finish and keep his championship alive, but then was relegated to ninth after a post-race penalty.

Race two on Thursday afternoon was another good one for the Crosslink Kiwi driver and hometown driver as Ryan Shehan was again in the points. Adding to his season-long total with a seventh-place result, the stage was set for the final race of the season. Like race one, the #66 entry of Shehan was hit with another penalty, this time dropping him to 11th and out of a point-scoring position. With rain falling on Friday morning, Shehan and the rest of the F4 competitors would hit the track with wet weather Hankook Tires. Working his way around the Circuit of the Americas and being cautiously aggressive, Shehan finished his 2022 F4 campaign with a fifth-place result.

“I can’t thank my team, Crosslink Kiwi Motorsport, and all my partners enough for a successful year,” continued Shehan. “I am already ready for next year. A big thank you to everyone that made this season possible and for all the support that we had trackside this weekend. With momentum around our Pathfinder, Wingman, and Partner programs, we are aiming to elevate these efforts in 2023.”

Improvement from year-to-year, Shehan closed 2022 fourth in the overall drivers’ championship with 169.5 points and on the strength of eight podium results including two victories, his first two in the F4 United States Championship Powered by Honda. Compared to the previous season where Shehan gained only four points and finished the championship 24th in his rookie year, 2022 was a huge step in progression for Ryan.

Shifting focus to the next challenge that lies ahead, Ryan Shehan is ready to tackle the Toyota Racing Series in New Zealand. Known for developing current F1 young stars such as Lance Stroll, Zhou GuanYu, Lando Norris, and most recently Yuki Tsunoda, Ryan is hoping to gain more experience, and knowledge, and improve his race craft as he eyes a move to the FR Americas program next season.

Shehan (age 17) is an aspiring Formula One racer, growing business leader, and nonprofit founder making an impact on youth in the Austin community. His company, Ryan Shehan Racing, builds solutions that enable his partners and sponsors to leverage motorsports to uniquely and economically brand, promote, and build/maintain relationships in 360° with customers, employees, vendors, and other stakeholders. His nonprofit, Shehan Strong, allows him to support, engage, and inspire the next generation. He and his organizations are active members of the Greater Austin Chamber of Commerce and Austin Gives.

Want to learn more about the Ryan Shehan Partnership Program? Click HERE
Looking to be Ryan Shehan’s Wingman? Click HERE
Want to help Ryan inspire and impact his youth audience? Click HERE
Don’t have access to the website? Call us at – 1.833.6.Racing (1-833-672-2464)