As the ROK CUP USA enters one of its last rounds of the Florida Championship, some changes have been made for the remainder of the racing season to help all drivers experience a better experience. Beginning the next round at Homestead, Florida from May 20th to 22nd the following new rules will apply:

GETTING RAIN RACE READY: NEW RAIN TIRE PROTOCOL
As the rain season is coming to Florida, all drivers need to prepare their rain tires and expect some wet racing. Bridgestone YLP are the official rain tires for the whole series and all drivers must declare rain tires by Saturday before qualifying. However, this year the series will not sell rain tires during the race weekend, so drivers can purchase them from the major ROK CUP USA dealers that will be present at the event.

PARC FERME BETTER THAN BEFORE
After receiving positive feedback from teams and drivers for our unique parc ferme setup, ROK CUP USA will continue with the new format for future championship races. Starting Round 3, in all events there will be staff to help all mechanics during Parc Ferme time. Also, Fuel will be also provided by the respective track. Each kart’s fuel tank will be inspected before entering parc ferme, later the filling will be done at the entrance of the grid were the driver will receive the desire amount of VP 98 racing fuel with either Motul or Petronas oil.

WELCOME TO THE NEW RACING ERA
As done at Round 2 Saturday qualifying heats will be done progressively, which means that the finishing order in the first heat will determine the starting order for the next heat and the sum of all heats will make the grid for Sundays Pre-final. Another addition to the series this year will be the new qualifying method. To avoid drafting between drivers. Qualifying position will be based on lap time from morning warm ups on Saturday. Pole sitter must choose whether to start first, or to start last. At this point qualify will run either by fastest times or invert-ed. Pole sitter must choose at least five minutes before the scheduled qualify time. The first seven drivers will be released with a five second gap between each driver. Drivers will receive 2 laps to go, white flag, and a checkered flag. Drivers must then immediately exit the track; the next group of five drivers will then be released. If a kart in front is caught up, the driver must move over or a penalty will be given. 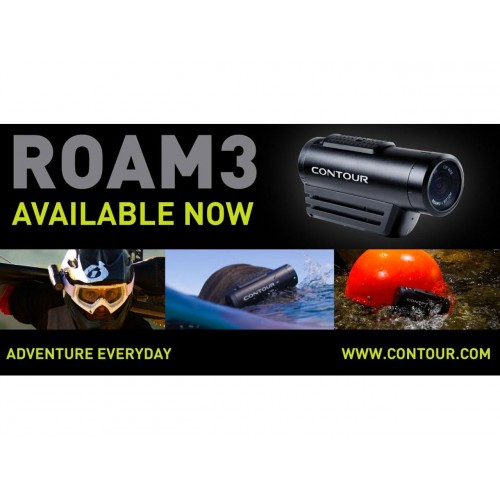 170 DEGREE CAMERAS AS OFFICIAL FOOTAGE
ROK CUP USA has decided to allow all drivers to install a 170 degree camera on their kart during each race weekend. “Contour Roam3” has been chosen to be the official ROK CUP USA camera and can be place either in the front and/ or back of the kart. Even though it’s not mandatory, the driver has three options to get the camera, they can buy it from an outside source, rent the camera for $50 for the whole weekend from ROK CUP USA or buy the camera from ROK CUP USA for $100. If any driver chooses to install a Contour Roam3 camera on their kart they will have the following benefits:
1) If the ROK CUP USA officials issue a penalty to a driver, the driver may bring evidence from the footage recorded with a protest form within 20 minutes of the race being terminated and if the officials decide to accept the protest and reverse the call, the protest fee will be returned to the driver and the call will be reversed.

2) If driver considers that a call was not made they may bring their video footage with a protest form within 20 minutes of the race being terminated to the stewards office. If they have evidence of an incident that no penalty was given the officials will have the option to issue a penalty based on the video footage. ROK CUP USA continues to make improvements and make the ROK CUP USA series a great experience for all participants. ROK CUP USA officials will only review footage recorded by the Contour Roam3 camera that are properly mounted and registered to the driver.

The series has made some changes to the structure from previous years, to ensure all Rockers have the best racing experience in the nation. Registration for the Midwest Championship and Epcot Challenge is already open.

You can catch all the action from Round 3 online by visiting www.rokcupusa.com for live timing and results. You can also download the new ROK Cup USA app, available on the iTunes and Google stores, for live, up-to-date coverage on the go. And be sure to follow ROK Cup USA on social media @rokcupusa for news, photos, interviews, and more.