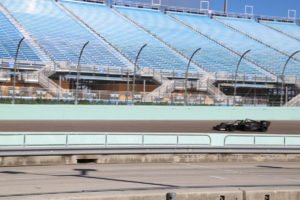 With the 2019 F3 Americas Championship Powered by Honda season on the horizon, Velocity Racing Development (VRD) is pleased to confirm their second team driver for the upcoming season. Ricco Shlaimoun will join Mathias Soler-Obel in the VRD F3 efforts as the new and growing program sets their sights on the top step of the podium. Confirming a five-car team with three drivers competing in F3, and anther two in the F4 United States Championship Powered by Honda program, Velocity Racing Development is primed and ready to get the season started.

“The team is really coming together quite nicely,” explained Team Manager Daniel Mitchell. “Ricco has completed some testing with us and showed great potential. His aim is to continually improve with podium expectations along the way. We are extremely happy to have Ricco as part of the VRD team and he will prove to be an important teammate to Mathias.”

As a former national level kart racer, Shlaimoun brings experience to the table. Having competed in the F4 United States Championship Powered by Honda, Pirelli World Challenge GTS division, as well as the Lamborghini Super Trofeo programs and proving to be successful along the way, 2019 is a new venture for the young driver as he has his goals in place and one of the top teams in the series behind him.

“I’m really excited to be racing F3 with VRD this season,” added Shlaimoun. “During the last few months, I’ve had an opportunity to test the new Ligier JS F3 car and it has been amazing. Handling is incredible and the performance of the Honda HPD engine is second to none. Working with VRD is great, the team is both professional and fun to work with.” 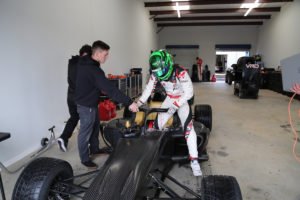 Shlaimoun continued, “I know when I get into the car, it’s at peak setup, giving me the confidence to push it to its full potential. I chose F3 Americas because it is another rung on the FIA Formula One ladder, giving me an opportunity to race amongst some of the greatest up and coming international drivers and with a bit of hard work, I’m looking forward to making my way to the top step of the podium.”

Ricco has been spending a lot of time with the Velocity Racing Development program and over the next couple of months, will take part in several preseason test sessions and driver training exercises. Taking advantage of the VRD trackside location at Atlanta Motorsports Park, Shlaimoun will continue through a rigorous test schedule to ensure 100% preparedness for the opening round of the 2019 season.

Stay tuned for more news and another driver announcement from Velocity Racing Development in the very near future.