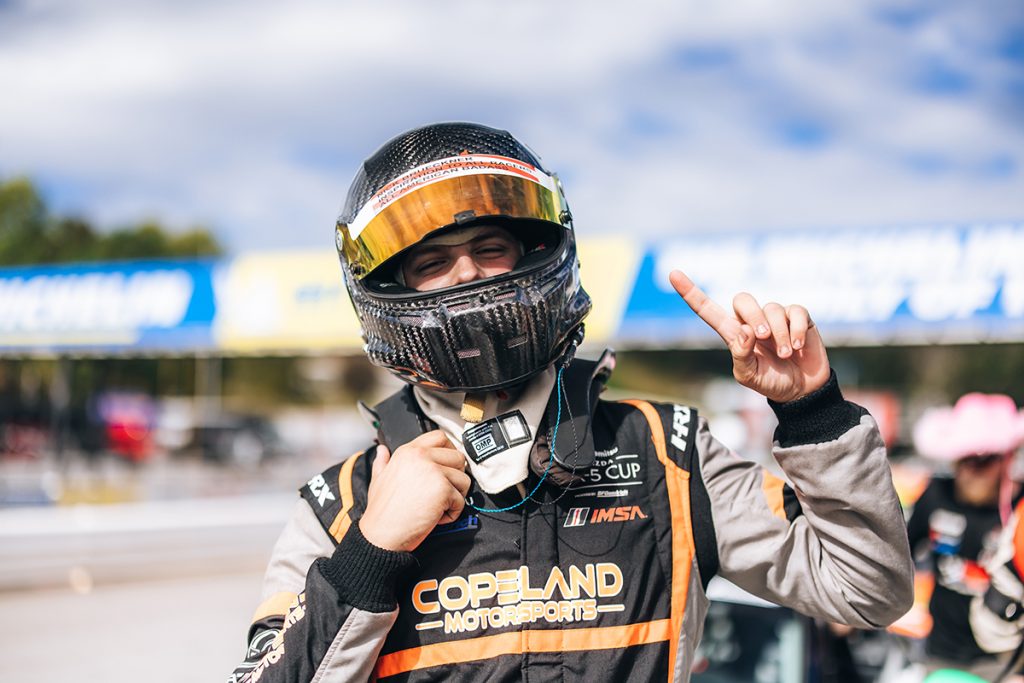 After a 2022 Idemitsu Mazda MX-5 Cup Presented by BF Goodrich season that featured four race wins, Tyler Gonzalez is looking to eclipse that victory total in 2023 as he eyes the series title. Rejoining the Copeland Motorsports squad in multiple programs for this year, the Floridian will take on his first challenge this coming weekend at the high banks of the famed Daytona International Speedway near Daytona Beach, Florida.

“It’s the start of a busy season, but I am anxious to get racing and see what we can do in 2023,” expressed Tyler Gonzalez. “Earning four MX-5 Cup wins in 2023 was great, but I really want to fight for the championship this season. The Copeland Motorsports guys work so hard, and they deserve this so I will give it my all.”

Returning to the site of his first win in 2022, Gonzalez won the opening round in dramatic fashion as a damp surface provided for a lot of slipping and sliding throughout the first wheel-to-wheel action of the season. Running in the top-six throughout the race, Gonzalez was able to win a three-wide drag race to the line to climb to the top step of the podium.

Gonzalez added, “We wanted to win at every race we entered in 2023 but doing so at Daytona was a bucket list item for me. Being from Florida, the Daytona International Speedway is an iconic facility, and I can say I won there. The celebration in victory lane was awesome and that makes me even hungrier to succeed again this season.”

Tyler Gonzalez will hit the track this coming Wednesday with qualifying and the first race of the 2023 season on Thursday. Friday morning will feature race two of the season as MX-5 competitors will conclude their on-track action just before the famed ROLEX 24 Hours of Daytona weekend.