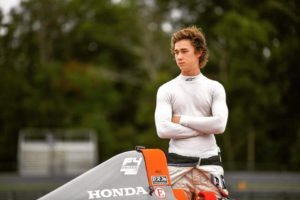 With the karting silly season set to conclude, three big names landed as official drivers with one of North America’s powerhouse programs. Set to commence their 2019 season this weekend with testing at the AMR Motorplex in Homestead, Florida, Mathias Ramirez, Arthur Leist and Caleb Gafrarar will fly the PSL Karting and BirelART colors. Looking to make an immediate impact in next weekend’s Superkarts! USA (SKUSA) Winter Series opening round, the trio will also compete at the ROK Cup Promotions Florida Winter Tour.

“We have a strong team and these three drivers only add to our program. I am confident that we can win all classes entered on any given weekend,” explained Dominic Labrecque, President of PSL Karting / BirelART North America. “Our first challenge will be the SKUSA Winter Series, and then the Florida Winter Tour as we look to start our season on a high note.”

Mathias Ramirez will return to the BirelART product line and will do battle in the Shifter ROK class in ROK Cup USA competition as well as Pro Shifter in SKUSA action. Ramirez, who is one of North America’s top shifter drivers, will look to lead the way in his second tenure with the team and carry the momentum from his ROK the RIO victory last November.

Senior driver Arthur Leist will also make the switch to BirelART and throw his hat into the mix in ROK Senior and X30 Senior at the Florida Winter Tour and SKUSA Winter Series. Leist, who competed in the 2018 F4 United States Championship claiming a pair of podiums results, returns to the karting ranks with the goal of winning. As a multi-time winner in national level karting, Leist will be aiming to put his BirelART chassis at the front of the field. 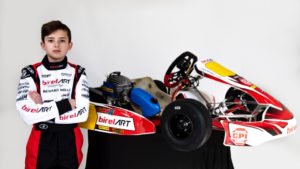 The third competitor to join BirelART North America is Caleb Gafrarar as he will compete in the Vortex Mini ROK and IAME Mini Swift divisions after a successful 2018 race season. Making the switch, Gafrarar is riding a wave of momentum after several major race wins and championships and will compete aboard a BirelART chassis throughout his 2019 campaign.

Labrecque continued, “We have a few remaining team positions but the core of our lineup for the winter programs are solidified, and I think we have a very good chance at multiple championships between now and the end of March.”

Interested in being part of the growing BirelART North American dealer network or running your own local, regional or national level race team? Looking to utilize and sell the BirelART product line? Want to take advantage of industry and chassis knowledge? Contact PSL Karting today!

For more information on the PSL Karting / BirelART North America Race Team, and how to join them for your 2019 racing program, please contact Dominic@PSLKarting.com.