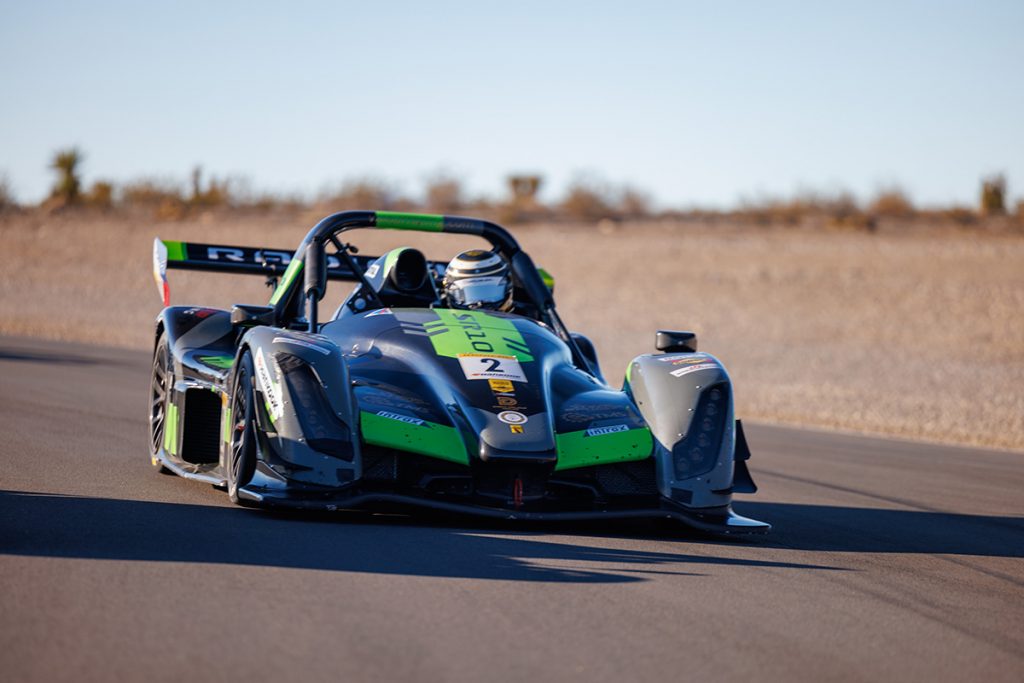 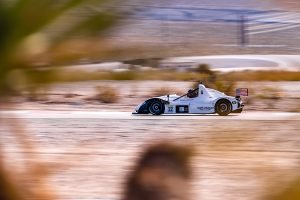 Heat #2
Indy Al Miller (ONE Motorsports) jumped to the lead of the Platinum class when the green flag flew for heat two, but he was once again stalked by freshly crowned UK SR1 Cup Champion Daryl DeLeon (Valour Racing) and former American Le Man Series Champ Jon Field (One Motorsport). While Miller and DeLeon were able to open a gap on the rest of the field, the two continued to show their strength throughout the thirty-five-minute affair. With less than five minutes to go Miller suddenly lost power and position on track falling to third before getting his issues figured out. Opening the door for DeLeon, the youngster from the UK leveled up to the lead and never looked back. Field was able to also take advantage of Miller’s issues to cross the line second while Miller regained power and slotted into the third position. Scott Wagner (ESSES Racing) and Jim Booth (WISKO Racing) rounded out the top-five finishing fourth and fifth respectively.

Rebounding from a disappointing result on Friday, Pro 1500 competitor Toby Sowery (Valour Racing) completed heat two on top scoring his first victory of the World Finals weekend. With fast lap honors in the Pro 1500 class going to the second-place finisher of Danny Dyszelski (WISKO Racing), Sowery scored the win by a scant .338. Finishing third overall, Sowery was in an intense battle with Jon Field as he looked for a way by to have a buffer between him and Dyszelski. With Sowery and Dyszelski running similar and quicker lap times than some of their Platinum class counterparts, it looks as if at the end of heat two, the World Finals victory for the Pro 1500 class will be decided between these two young guns. Behind the lead duo, Tanner Harvey (Spring Mountain), the son in the father and son Harvey duo, beat Gregg Gorski (ONE Motorsport) for the third and final step on the heat two podium while Miguel Grillo (Spring Mountain) rounded out the top-five. Following the race and after further investigation some penalties were handed out that resulted in a change in the finishing order. Sowery kept the win ahead of Dyszelski while Gorski was positioned ahead of Harvey in the third position and Nick Groat (Spring Mountain) was elevated to fifth because of a penalty to Grillo.

After a technical infraction in heat one for Michai Stephens (Team Stradale) and a driving infraction penalty for Chris McMurry (Crown Concepts) in heat one, both drivers returned to the podium in heat two. It was Stephens who was able to hold off the advances of local hero Patrick Liddy (Spring Mountain) to earn the checkered flag while Liddy scored the fastest race lap amongst the Pro 1340 drivers. Finish 3.992 seconds behind Stephens, Liddy beat McMurry by a similar amount for the second step of the podium. Jonathon Woolridge (Radical Canada East) was the best of the rest crossing the stripe in the fourth position while showing a huge amount of speed while Jason Plotke (Crown Concepts) found his way to a P5 result. 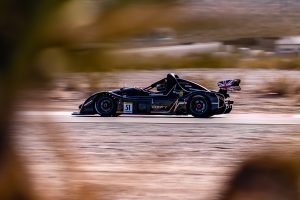 Heat #3
The third and final heat of the day featured a mandatory pit stop for all drivers and also saw Radical UK competitor Daryl DeLeon take his second heat race win of the weekend as he used a string of fast and consistent race laps over the eighteen-lap heat to open a 7.5-second gap on Indy Al Miller. Miller elected to pit when the window opened but ran into some pit lane traffic essentially costing him the lead on the changeover. Despite their fastest laps being within .05 of one another, DeLeon showed why he is the UK champion as he has found his comfort zone at Spring Mountain. Behind DeLeon and Miller in a distant third position was Radical Cup North America race winner and former American Le Mans Series winner Jon Field as his strong results put him in a position to challenge for the World Finals win on Sunday. Like heat two, Scott Wagner and Jim Booth rounded out the top-five and will look to better their results tomorrow. Entering heat three tied in points, DeLeon was able to get the advantage on his elder as his heat three result earned him the Platinum class pole position for tomorrow.

Continuing to show his prowess in the Pro 1500 class, 2019 Indy Lights race winner Toby Sowery put his #51 at the front of the field to score his second win of the day. Just as DeLeon did in the Platinum class, Sowery swept the day’s proceedings and provided the second set of double victories on the day for Radical UK drivers. Behind Sowery it was Gregg Gorski who got the best of the Pro 1500 drivers as he was able to keep his nose clean and solidify his presence near the front of the field. 2021 Pro 1500 North American Champion Gustavo Rafols earned the second fastest lap in his class but could only manage a P3 finish as he attempted a last lap last corner pass to steal the win but was unsuccessful. Alain Derzie (ONE Motorsport) made his first appearance in the top-five this weekend with a solid drive into fourth, just ahead of Tony Bullock in fifth. Danny Dyszelski had a rough go in heat three as a power issue forced him to the sidelines and out of contention. Despite two heat race wins, Sowery had a DNF in the first heat which cost him Sunday’s World Finals Pole Position as Gregg Gorski will start from the premier position.

Following in the footsteps of DeLeon and Sowery, Michai Stephens swept the wheel-to-wheel racing in his class to take the heat three win to go along with his heat two victory. Finishing behind only the top-three in both the Platinum and Pro 1500 class, Stephens won Pro 1340 while crossing the stripe seventh overall. Triple Circuit of the Americas race winner Chris McMurry found some speed in heat three and improved to the second position as he found his cadence heading into Championship Sunday with Robert Cipriani-Detres (Team Stradale) moving his way forward to finish third on track, his best result of the weekend. Continuing with the speed he found in heat two, Jonathan Woolridge positioned himself fourth on track, just ahead of Patrick Liddy who despite finishing fifth in class, showed top-three pace. With his heat race wins today, Michai Stephens will start Championship Sunday from the Pro 1340 Pole Position.

Tune into the Radical Cup social media pages for news, information, photos, and results from the Radical World Finals Presented by Hankook.