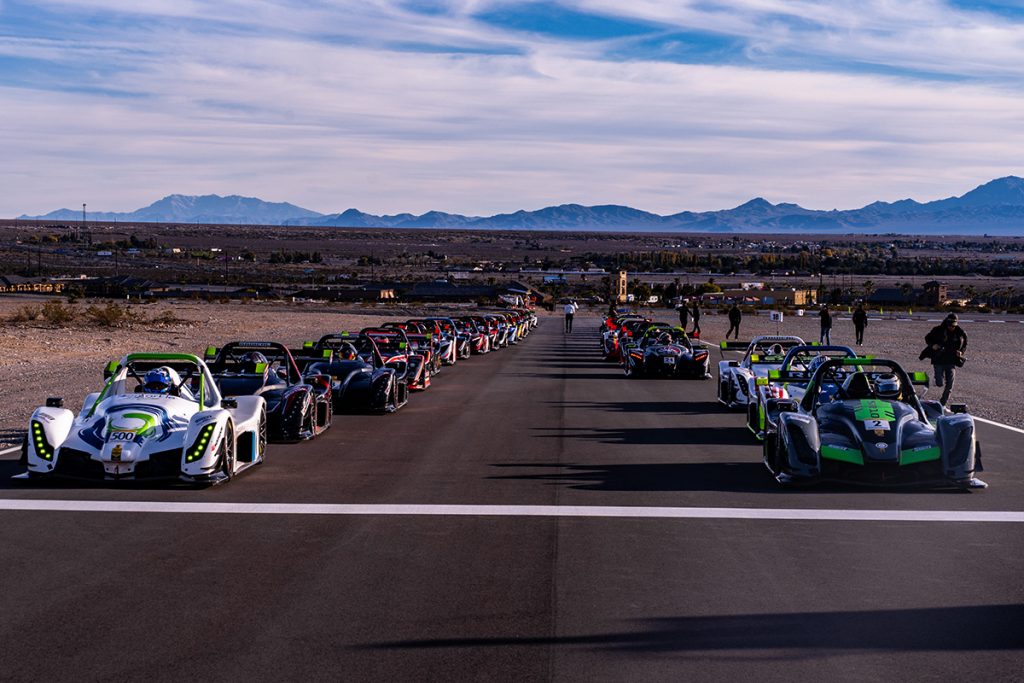 A split class qualifying format saw for ample track space at the Spring Mountain Motorsports Park with each class getting a designated twenty-minute time block. When all was said and done, the Pole Position Winners of the first-ever Radical World Finals Presented by Hankook were set. Leading the way in the Pro 1340 class was Michai Stephens, who has been a fixture in the motorsports world and a former open-wheel champion, who led the way in the Pro 1340 class with a dominant lap time of 2:09.517.

Former Indy Lights race winner and NTT INDYCAR Series hopeful Toby Sowery was the driver to beat in the Pro 1500 ranks as completed only five laps, earning his fastest time on lap three to score the Pole Position. While his rivals completed between seven and nine laps, Sowery was in the prime position and led the field to the green flag in race one.

In the Platinum class, it was Indy Al Miller who returned to race action after an accident earlier in the year that forced him to take some time off. Returning with a vengeance, Miller squeaked his way to the top of the charts beating freshly crowned UK SR1 Cup Champion Daryl DeLeon and former American Le Man Series Champ Jon Field. 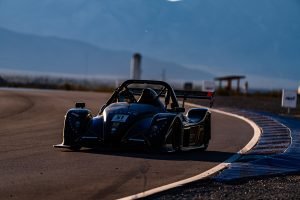 “It feels really good to be on track in the US and be behind the wheel of an SR10 this weekend,” explained Daryl DeLeon. “The car is so fast, and I am getting used to the speed. It is great being out there and this track is incredible with all the elevation change. Given our pace in qualifying, I will be looking for a good set of heat races and put myself in a position to fight for the win on Sunday.” 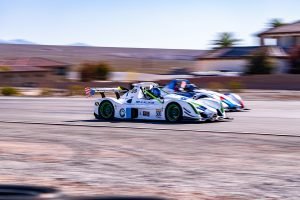 Heat #1
The first heat of the Radical World Finals started with a three-car incident in the first corner that caused a lengthy caution period. With a longer-than-anticipated cleanup for the incident that involved Will Lin, Judd Miller, and Mark Allen, series officials added five minutes to the race length to allow for some additional green flag racing.

Indy Al Miller utilized his Platinum class pole position to take the lead at the start of the race and hang on for the checkered flag. Despite the second-place finisher of Daryl DeLeon being half his age, Miller showed that he is not just your average gentleman racer in a dominating performance. DeLeon, who stalked Miller for the fourteen-lap race, made an unsuccessful last lap, last corner bid for the lead but fell just short. Former American Le Mans Series Champ and North American front-runner Jon Field finished third on track and kickstarted his trio of heat races near the front of the field.

“I have been in this car for two days, and I am still getting used to everything,” expressed DeLeon. “I figured why not have a go at him and see if it pays off. I couldn’t make it stick, but we kept our car clean and in good condition for heat two.”

Toby Sowery was the man in the Pro 1500 race but a fuel issue in the late stages forced him to retire. Running with drivers in the Platinum class and showing his lightning-quick pace, Sowery led early but failed to complete the full race distance. Sowery’s loss was Danny Dyszelski’s gain as the #18 and the newly announced USF 2000 racer was able to emerge as the victor. 2021 Pro 1500 Champion Gustavo Rafols kicked off his World Finals quest with a second-place result and was another benefactor of Sowery’s troubles while multi-time 2022 North American podium finisher Gregg Gorski slotted into third and will shift his focus to heats two and three on Saturday.

Utilizing track knowledge to his advantage, local Spring Mountain competitor Patrick Liddy stole the show in the Pro 1340 ranks to take the victory less than a second ahead of Crown Racing’s Chris McMurry. With Michai Stephens finishing third, the front three of the class finished within three seconds of each other in another epic 1340 battle. With some potential post-race penalties, results were still unofficial pending investigation. 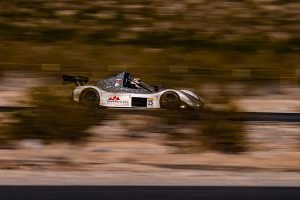 Today’s Trackside Stories
Tanner and Darrin Harvey
Tanner and Darrin Harvey, members of the Spring Mountain Motor Resort, are both on track in the Pro 1500 class in their respective Radical SR3s. A father and son duo sharing the track, both are looking to fight their way to the top step of the podium and be crowned as the Radical Cup World Finals Presented by Hankook Champion.

Daryl DeLeon
Making the trip from the United Kingdom, Daryl DeLeon has been behind the wheel of a kart since he was eight years old but received his first SR1 Radical for his sixteenth birthday. Competing in his first, and winning his first event later that month, DeLeon has progressed up the motorsports ranks and earned the 2022 Radical Cup UK Championship in the SR1 class. Competing in an SR10 this weekend, DeLeon hopes to continue his success despite racing this car for the very first time and turning his first laps at the Spring Mountain facility on Wednesday.

Tune into the Radical Cup social media pages for news, information, photos and results from the Radical World Finals Presented by Hankook.