RADICAL CUP: ONE-ON-ONE WITH JEFF SHAFER WITH ONE MOTORSPORTS 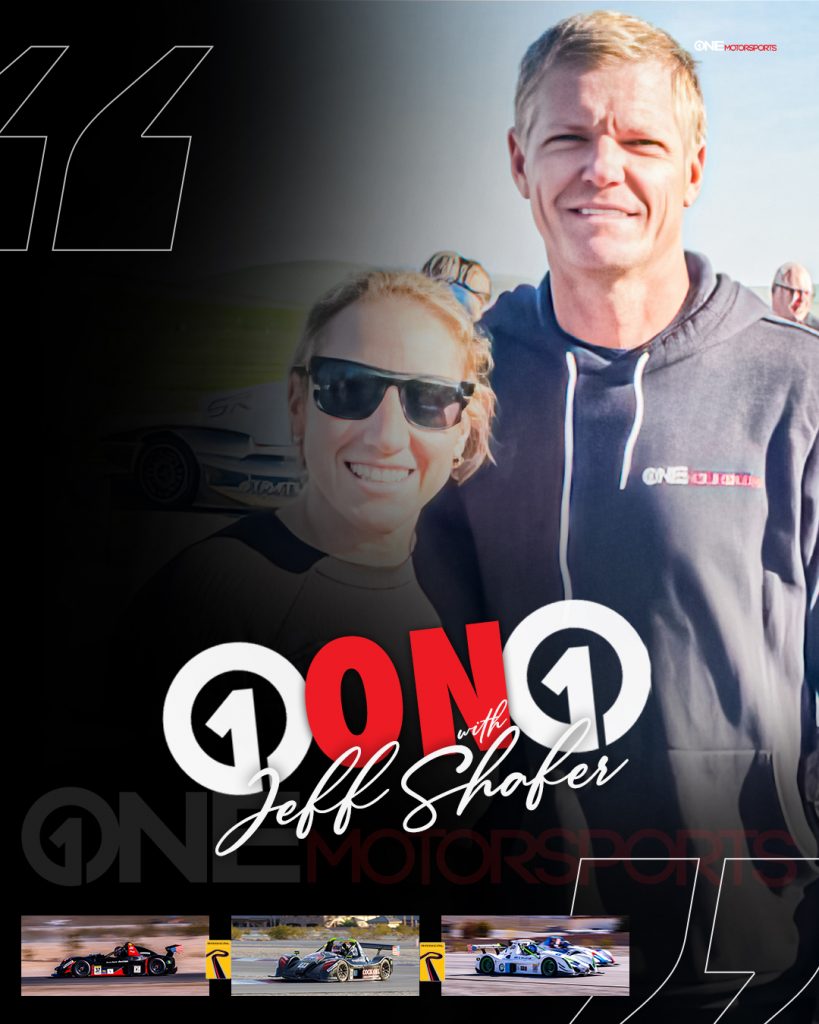 Almost since the very first day a Radical first turned a wheel in America, Jeff Shafer has been involved. From running the original ‘Radical Cup’ series to a twelve-year ‘David and Goliath’ pursuit of an outright win in the NASA 25 Hours of Thunderhill with Radical machinery, to helping to develop Radical club racers into professional drivers, Shafer and his ONE Motorsports outfit have been instrumental. We sat down with him to discuss some of those escapades and what the future has in store. 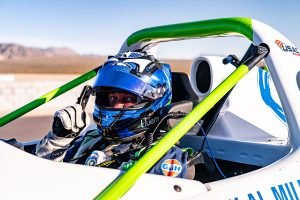 Radical Cup – Where did it all start?

Jeff Shafer – It all started for me in karting. I believe it was my mom who purchased me a three-day school at Jim Hall Kart Racing when I was 12. Kids these days are pros by 12! I got an afterschool job at Pitts Performance where I learned the trade of building and maintaining karts and engines for customers while I also raced. I graduated from cars by winning some scholarships. Elf Winfield in France, the Skip Barber Shootout, and the Team Green Academy. I’ve been fortunate to race all kinds of disciplines from sprint and endurance racing to dirt and paved ovals in many types of equipment. Stock cars, dwarf cars, Formula Atlantic, F2000, GT3, Prototypes, and of course Radicals. I worked at several driving schools eventually becoming the general manager at Derek Daly Academy. Going back to my karting roots of supporting customer cars and doing some coaching still gave me the opportunity to drive on occasion so it seemed like a natural fit for me. So here we are.

Radical Cup – And the One Motorsports Team?

Jeff Shafer – My wife Jolene and I started the business back in 2005. We have been very fortunate, and our success has so much to do with my brother Brian who has been with us since the beginning, and Cameron and Mason who joined shortly after.  We started by providing members who owned Radicals at Spring Mountain with an option to do some traveling to other facilities for event weekends. It started out as track days for fun and as it became more serious, like wanting to know lap times, then adding data loggers and doing some informal races.

Radical Cup – And that was the beginning of what we know today as the Blue Marble Radical Cup?

Jeff Shafer – Yes, this ultimately grew into organized races which we called ‘Radical Cup’. For many years we organized the series and fielded all the cars. At one point we ran 20 cars at Laguna Seca. It was a lot of work, but we were always guaranteed to sweep the podium! Obviously, the series has come a long way from then, and while we no longer run it, we’re still aiming for podiums. 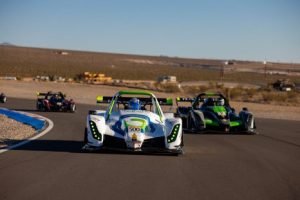 Radical Cup – Did ONE Motorsports compete in other series before the Blue Marble Radical Cup?

Jeff Shafer – Nothing [before]. We have been loyal to Radical since the very beginning. I have always been a believer in why change something if all is going well. But over the years we’ve run LMP3 and IMSA Lites in parallel to our Radical program, typically for Radical drivers looking for the next step. Crowdstrike’s Gerhard Watzinger is just one of several guys we’ve helped.

Radical Cup – That’s very modest. You’ve had a few names come through the Radical and ONE Motorsport ranks, haven’t you?

Jeff Shafer – Yes, I guess so, George Kurtz is another. Gerhard and George started in Radicals, and they recently drove Lewis Hamilton’s F1 car. Of course, Kurtz is a regular in SRO and Gerhard’s been doing Super Trofeo in Europe. Then there’s John Falb who went from racing Radical Cup to winning the ELMS LMP3 title and races at Le Mans every year now. Patrick Liddy is another we’ve helped.

Radical Cup – So what about the cars, over the years, I guess you’ve seen a few changes?

Jeff Shafer – We started running Radicals in 2005. I remember seeing the first high downforce SR3, the first fuel-injected SR3, the first paddle shift SR3, and so on. Seeing where Radical started compared to the product they currently produce – ‘wow’ – have they dialed it in! Everything from the cars to the dealer network, the parts, and the support, to the race series, is top-notch. It’s getting more attention now but it’s still one of the hidden gems in motorsports.

Radical Cup – Well don’t stop, what’s it like in being in the Radical Cup paddock? 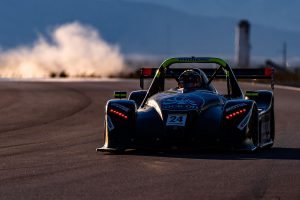 Jeff Shafer – A couple of staples do seem to be the camaraderie between teams and drivers, friendship, and everyone working together. Since taking over the running of the series, Radical Motorsport has done a great job in bringing series partners, and the promotion has grown leaps and bounds. Not to mention it’s come a long way – from club-level weekends to supporting INDYCAR.

Radical Cup – Final bit of flattery. Why should someone choose Radical Cup over another series?

Jeff Shafer – Besides the car which is an excellent platform for reliable, safe, and fair racing, the series hospitality, and ample track time make the Radical Cup very economical for this level of racing.

Radical Cup – If you could change one thing about the Radical Cup, what would you change?

Jeff Shafer – That ONE Motorsports drivers win every race. Haha. Or maybe an endurance race or two.

Radical Cup – Speaking of endurance racing you have some experience…

Jeff Shafer – You could say that. We have fielded a Radical SR3 at the 25 Hours of Thunderhill 12 times. A 1500 and 1340cc engine against Flying Lizard Porsches, LMP2 cars, you name it. We developed our own long-range fuel tank that wraps around the driver into the passenger compartment, all sorts of special lighting, heated steering wheels, and a double-stator system to increase the electrical output, which unfortunately won the race with Turn 3 and Peter Dempsey a year before we did as a team. 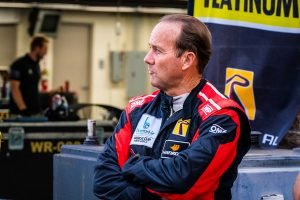 Jeff Shafer – Yes, we had won the ESR class on several occasions over the years, but the outright win was proving painfully elusive. In a way it was heart-wrenching to lose to Turn 3 in 2019 and then have the race called off in ’20 due to COVID just extended the pain. But beating the LMP3 and the likes of Colin Braun and Matt Bell [who co-drove alongside Naveen Rao, Jon Bennett, and George Kurtz] made up for it. Especially as I was driving alongside two young Radical Cup stars, Jordan Missig and Anthony Bullock [along with Josh Sachet]. Endurance racing is a whole different level of stress for a team and its owner, and the weather that event normally throws you– cold, wet, fog, a muddy race track– it’s the most grueling event I’ve ever done.

Radical Cup – So is more endurance racing in the cards for ONE Motorsports?

Jeff Shafer – Ultimately, we would like to find ourselves in the IMSA paddock again. As I mentioned, we have had a taste of that by running support races like LMP3 and IMSA Lites. Getting into the main show still seems like a bit of a leap but the growth of the Blue Marble Radical Cup along with having the same core team for so long has prepared us well and allowed us to gain so much knowledge and experience.

Radical Cup – Is that the key to attracting drivers to your Radical Cup team? After all, based outside of Las Vegas, you probably travel further than any other team to every round.

Jeff Shafer – We just try to do a great job for our drivers and are open to helping most in the paddock. Advertising mostly comes from word of mouth. We know our prep work is great and our on-track performance speaks for itself. 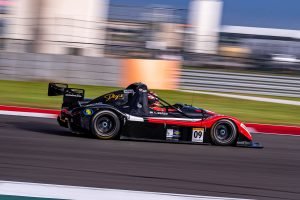 Jeff Shafer – 2022 was ok. We won a number of races but none of our drivers competed in the full season, so our best championship finish was Jon Field, who was the third in the SR10 [Platinum] class. Our 2023 effort is off to a much better start with three SR10 entries of Indy Al Miller, Alain Derzie and Jon Field, in addition to Gregg Gorski coming back in his SR3 in the Pro 1500 class. All very good drivers and should give us a great chance at the drivers and team championships. I’m very excited! I guess we can use this interview as our 2023 Driver Announcement!