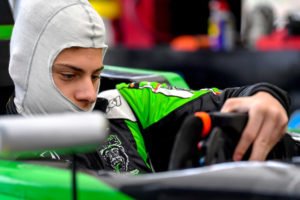 With a driver lineup that remains unchanged from the opening weekend of the 2019 F4 United States Championship Powered by Honda, Alliance Racing Sponsored by Gas Monkey Energy will enter five drivers at the Pittsburgh International Race Complex this weekend. Looking to build off several top-ten results at Road Atlanta, drivers will take advantage of a pair of test days at the facility before the triple-header race weekend over the June 21-23 weekend.

“It has been nearly two months since our last event so we are all itching to get going,” explained Toney Edwards, Owner of the Alliance Racing program. “We completed a few test days, but nothing compares to wheel-to-wheel racing. We have our goals set high in Pittsburgh and will work hard to achieve them.”

With a pair of drivers sitting in the top-ten in points, Chandler Horton and Dylan Tavella will lead the Alliance Racing and Gas Monkey Energy program into rounds four, five and six. Looking to move forward in the points battle and set themselves up for a run at the end of the year championship, both drivers will be aiming for race wins and podium results in Pennsylvania. 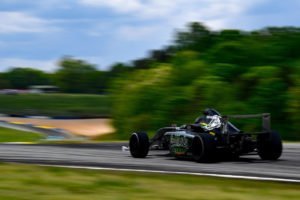 Canadian Ryan MacDermid had a stellar open wheel debut at Road Atlanta, securing a pair of top-ten finishes in his first event as a rookie. With the first race jitters now out of his system and a pair of fast teammates to lean on, MacDermid is working hard to ensure a triple points scoring weekend is in the cards.

Fellow series rookie Zoey Edenholm and second year driver Will Edwards progressed through the Road Atlanta opener gaining experience with each passing lap. In an event that saw challenging weather conditions, the duo remained consistent and their goal of finishing all three races on the weekend with no damage was achieved.

“Three of our drivers have experience at Pittsburgh and our two rookies will utilize the official series test days to get up to speed,” continued Edwards. “We will have three full days of practice and testing before we qualify so I am not worried about track knowledge and experience that some other teams may have. We will work through the program with our crew and engineer and put the best possible cars on track for racing.” 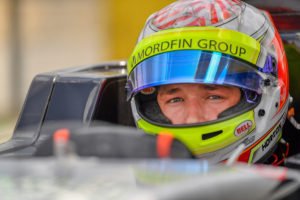 With an official series test taking place on Tuesday, June 18 and Wednesday, June 19, Thursday will be a quiet day before the weekend of competition begins. Friday, June 21 will be the home of two official practice sessions before qualifying and round four take place on Saturday with rounds five and six commencing on Sunday. Stay tuned to the Alliance Racing social media pages for news, information, results and photos trackside from the Pittsburgh International Race Complex. 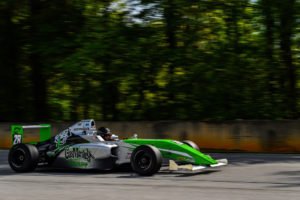