PING BROTHERS IMPRESS IN F4 US AND WRL COMPETITION 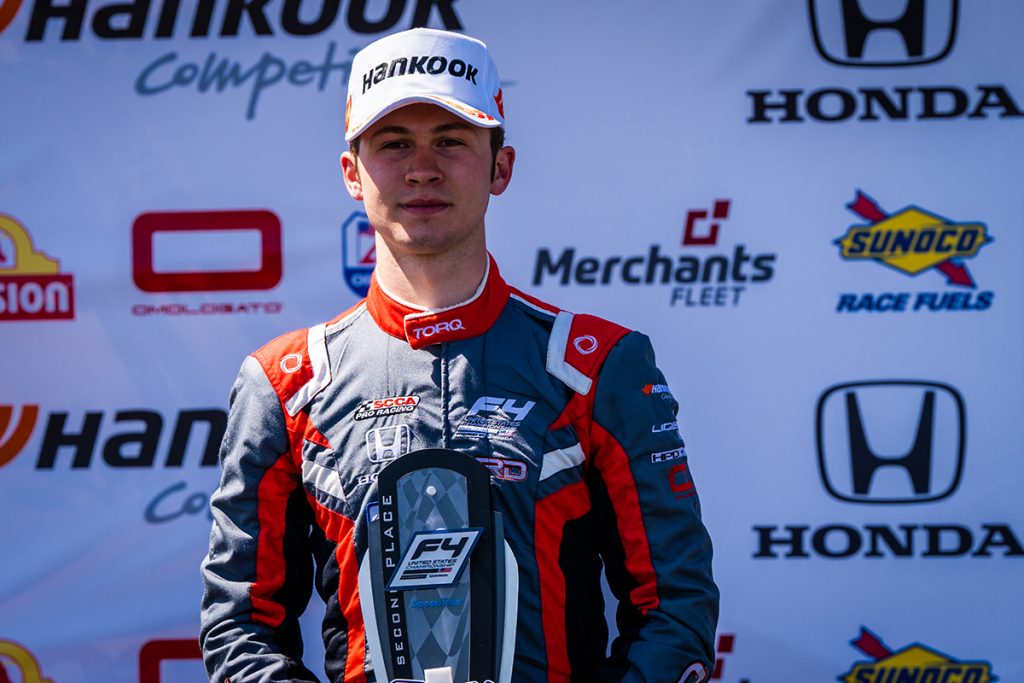 With their first split event of the 2022 season, Ping Racing would send Noah Ping to Louisiana for the F4 United States Championship Powered by Honda while Zack Ping would contest the Mid-Ohio Sports Car Course and the growing World Racing League program. With success in both states, including a podium result for Noah, Ping Racing will now shift their focus to the next event weekend. 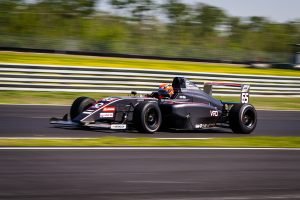 “It was a really good weekend given I qualified first once and second twice, had a chance to win two of the races and was able to podium on old tires, but an unfortunate penalty kept me from scoring two podium results,” explained Velocity Racing Development driver Noah Ping. “We had a great qualifying result just narrowly missing the pole position, but an incident in race one saw a poor starting position for race two, but we rebounded to stand on the podium. We looked to have our second podium of the weekend in race three until a post-race penalty pushed me down the results sheet.  But I had a chance to win and ran in the top-three all weekend which gives me more confidence in the series.” 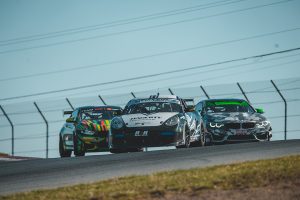 After qualifying on the outside of the front row, a 20th place classification in the first wheel-to-wheel racing left Noah Ping with a sour taste in his mouth and motivation to climb back up the running order in race two.  Noah drove like a seasoned veteran on old tires clawing his way back up through the field and standing on the podium for his first podium finish in the F4 United States Championship Powered by Honda program. Noah Ping looked to have better his result in race three crossing the line in the second position, but a post-race penalty relegated down to 13th in the official results.  Given Noah led in two of the three races and was in the position to win in both, it was a great opening rookie weekend for him with success and lessons learned.

Brother Zack would compete several states north at the Mid-Ohio Sports Car Course with Round 3 Racing. Piloting a Porsche in the World Racing League, a solid Friday for practice was greeted with snow on Saturday. 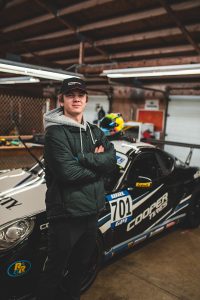 “We chose not to race Saturday due to the snow and ice.  Our teammates raced and a car was totaled so that was a great choice by our team,” explained Zack. “In Saturday’s first eight-hour race, we only did a few laps to make sure we could qualify and start the race on Sunday in the fifth position.”

Returning to the track on Sunday, Zack and his Round 3 Racing effort would slice their way through the field and into the top-five. Zack was able to drive from fifth to second during his stint in the middle of the race and while battling for a podium result, the engine had an issue and despite this the team would earn a solid fourth place result.

With the race weekend now over, Ping Racing will shift their focus to the next event and the start of the USF Juniors program for Noah Ping. Taking to the track in less than two weeks, Ping will compete at the all new Ozarks International Raceway before traveling directly from Ozarks to the famed Barber Motorsports Park.