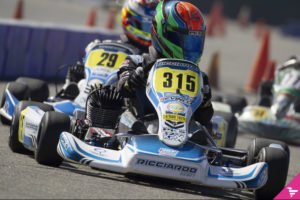 It was three busy weekends of competition for P1 Engines as the popular California engine builder supported drivers in three major karting series. Attaining seven wins and twenty-five top five results between LAKC, the SuperKarts! USA (SKUSA) Pro Tour WinterNationals and the Challenge of the Americas, limited downtime keeps P1 Engines on their toes and working hard to gain the best results possible.

Senior competitor Oliver Calvo saw action in both the LAKC and SKUSA WinterNationals and was victorious in the KA100 Senior division. Taking the top step of the podium in LAKC competition, Calvo put P1 Engines on top in the opening weekend of three-week run. The very following weekend, fellow P1 Engines powered driver Alan Tang scored the checkered flag in KA100 Senior at the opening round of the 2019 SKUSA Pro Tour at Calspeed Karting while Colby Dubato continued the KA100 winning streak by taking top honors at round four of the Challenge of the Americas in Tucson, Arizona. 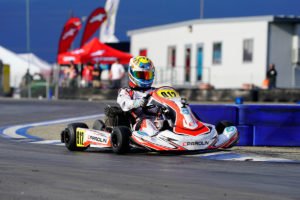 Not to be outdone, the P1 Engines powered Mini Swift drivers proved equal success in their on-track action. Jesus Vasquez Jr. scored a clean sweep in LAKC competition taking the pole position, heat race win, and main event victory while Enzo Deligny made it a 1-2 finish for P1 Engines. Two weeks later, Deligny found the top step of the podium in round four of the Challenge of the Americas Mini ROK program, leveling up from his second place podium result in round three. P1 Engines’ Logan Toke saw action at the Challenge of the Americas program only and did not disappoint. Sweeping the day during round three to take the pole position, prefinal win and stand on the top of the podium in the main event, Toke secured a solid fifth-place finish in round four to add another successful weekend of competition to his resume.

Logan Chambers was the driver to beat during the second round of the SKUSA Pro Tour in the IAME Micro Swift division as a sweep of the day solidified his run at the 2019 National Championship. 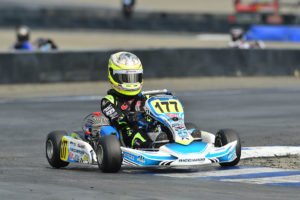 “It has been a busy three weeks but the success that we have garnered is a nice reward for the hard work and efforts of all involved,” explained Jesus Vasquez. “Very happy to have claimed victories and podiums in all three events and across a variety of different classes including Micro, Mini, Senior and Masters as well as with ROK and IAME power plants.”

With only one weekend off before five in a row, P1 Engines is hard at work preparing for the second and third rounds of the LAKC program, the opening round of the ProKart Challenge California, rounds five and six of the Challenge of the Americas and closing the race stretch at the second round of the Tri-C Karters.