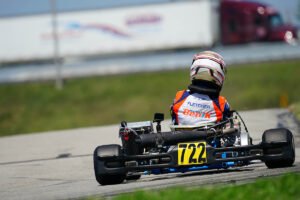 “Good weekend for the boys as that was a lot of racing in the last three weeks, and I know that everyone is tired,” expressed Nick Mitchell, Owner of Team Benik. “All of our drivers showed the pace to run at the front of the field, but New Castle is so tough to defend from the draft. A victory by Asher adds to both his and Team Benik’s total in 2020 as we continue to push for more.”

Leading the way on Friday, Ochstein scored a fourth-place result in round four before taking round five’s pole position on Saturday morning. Continuing his success, the #49 Benik stole the show during the main event to take the win and followed that result on Sunday with a pole position and fifth place finish. Calculating the championship points, Asher Ochstein finished in the runner-up position, but we are still waiting official confirmation from SKUSA.

X30 Junior driver Jeremy Fletcher took home a pair of top-ten results not including a second place prefinal finish on Saturday. Gaining ten positions in Friday’s main event, Fletcher cracked the top-five with a fifth-place finish and backed up his top-ten results in round five on Saturday finishing ninth. Showing his pace throughout the weekend, the multi-time Team Benik race winner qualified on the outside of the front row for both rounds five and six before contact sent him down the running order in Sunday’s main event. 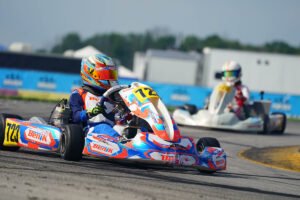 Michael Costello was the third Team Benik driver to find his way to a top-five finish and did so in round six on Sunday. Gaining seven spots to come home eleventh on Friday and finishing in a position that was not a result of his true speed on Saturday, Costello rebounded during the final on track day of the SKUSA Pro Tour to finish fifth.

Mitchell added, “Huge gains made by the entire team as the speed to win is there in all classes, we just need the racing luck to go along with it.”

For more information on the BENIK Kart, or the Team BENIK – BN Racing program, please contact Nick Mitchell via e-mail to Info@Benik-Kart.com or by phone at 561.348.4406.