ONE WIN AND FIVE TOP-TEN RESULTS FOR SPEED CONCEPTS RACING 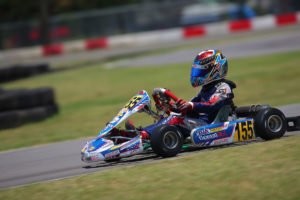 The Speed Concepts Racing junior program was back on par this weekend for the opening round of the 2019 ROK Cup USA ROK Fest. Taking place at the Finishline Performance Karting facility in Biloxi, Mississippi, Luca Mars secured another 2019 victory as four Speed Concepts Racing branded drivers finished in the top-nine.

Undoubtedly the driver to beat in Junior in 2019, Luca Mars transformed his third place qualifying effort into a pair of heat race wins and front row starting position for the weekend’s main event. Battling tooth and nail for the win, Mars was once again able to come out on top in one of the best races of the weekend. 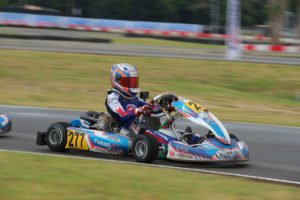 “Luca drove incredibly well all weekend,” explained Alex Speed. “With consistent results throughout the heat races, with the only issue a seventh place result in heat four, Luca was the driver to beat this weekend and showed once again why he has had the success he has had this season.” 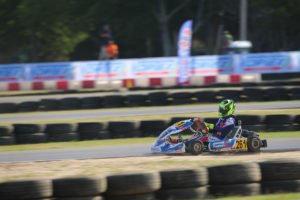 “We have been able to work together as a team and build from one another both on and off the track,” added Mike Speed. “We use our more experienced drivers to help our rookie competitors with data and video programs, and we are able to provide the best possible chance to win for each and every one of our drivers.”

Noah Baker turned his 15th place qualifying effort into a pair of top-ten heat race finishes and a tenth place starting spot in the main event before ending his weekend in 12th. Paul Bocuse closed his weekend 20th after qualifying 12th on Friday.

Canadian Ayden Ingratta had an exceptional event in Vortex Mini ROK building off of his win in Canada less than two weeks ago. After racing inside the top-ten throughout the weekend, Ingratta scored his best result of the weekend when it counted in the main event finishing sixth. 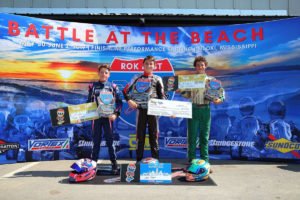 Speed continued, “Another big thanks to our drivers, mechanics as well as their families. Also, we need to give a huge shout out to SwedeTech Racing Engines for the power and support throughout the event.”