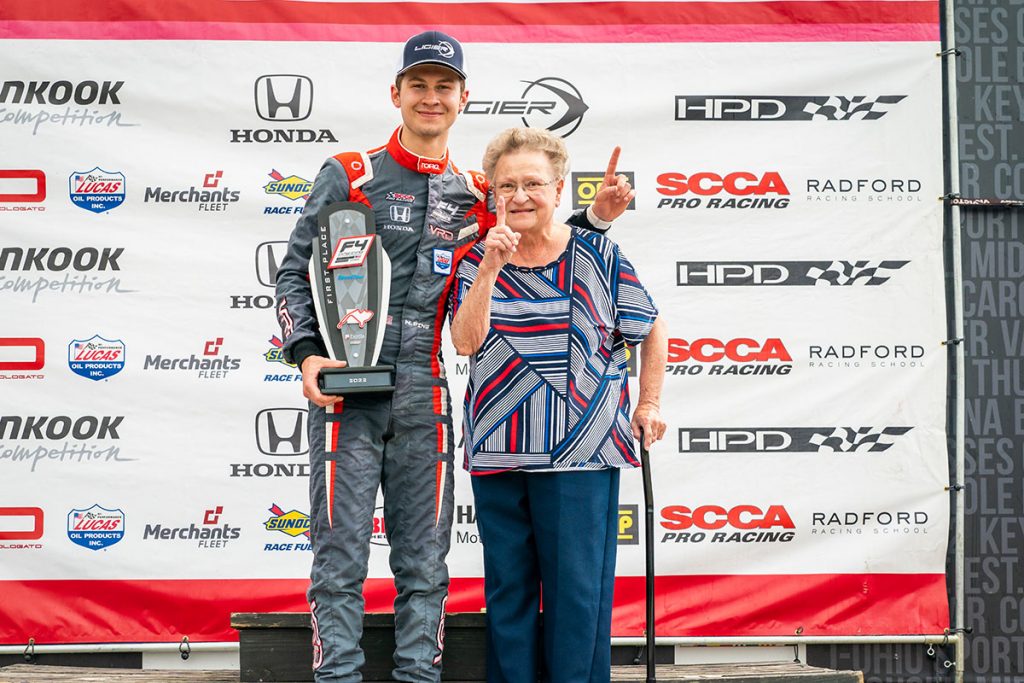 It was rounds seven through nine this past weekend as Noah Ping was back on track with VRD Racing in the F4 United States Championship Powered by Honda. Taking on the Mid-Ohio Sports Car Course, Ping battled hard to earn one win, two podium results and three top-ten finishes as he garnered several points towards his run at the overall series crown. 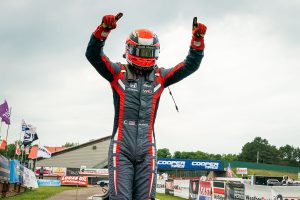 Claiming the fastest time in practice on Friday morning, Noah Ping and his VRD prepared #65 entry were looking forward to qualifying. Taking place just after 3:00pm local time, Ping clocked the sixth fastest time of the session and would start Saturday’s wheel-to-wheel race from the outside of row three.

“It was a good effort in qualifying, but I had a car spin in front of me on my fast lap.  I think it’s important to start as far up front as possible here for an opportunity to be on the podium,” explained Ping. “Passing is not easy here and the draft plays a big role.”

With the first race of the weekend taking place on Saturday, it was instantly slowed due to a spin causing an early caution. Moving from sixth to fifth before the caution flew, Ping would lose that position when the green flag flew a few laps later. Falling back to eighth during the middle portion of the race, Noah turned up the wick and moved back forward before the caution flag would fly once again. Running sixth and looking to make a late race charge when the race went go back green, Ping never got the opportunity to do so as the incident brought the race to an end with two minutes remaining.

Race two would see Ping rocket off the line as he immediately moved forward to run in the fourth position. With the leaders battling hard and making contact, Noah tried to work his way by only to have his momentum slowed as he fell back to just inside the top-five. Damage to both leaders forced them the pit lane after minor contact as Ping was the benefactor and was able to move his way into the second position. Stalking the leader lap after lap and looking to make his way to the point, Ping sat less than a second behind the leader with ten minutes remaining.

Closing the gap but losing a little time again with the ebb and flow of the sixteen-lap race, Ping earned another F4 United States Championship podium result with a second-place finish. Additionally, Ping clocked the second fastest lap of the race and scored an outside front row starting spot for race three later Sunday afternoon. 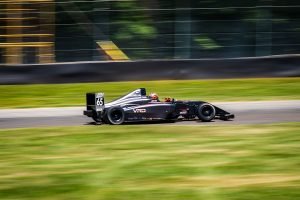 With Sunday’s standing start aborted and a rolling start initiated after a stalled car on the starting grid, Ping ran side by side with the race leader all the way to turn four where the leader spun his Ligier JSF4 and contacted Noah’s front wing.  Ping moved to the lead but was driving a damaged race car. With the wing affecting downforce and straight-line speed, he tried to hang on, but it was to no avail as he lost the lead before the mid-race distance. Determined and motivated as the race wore on, Ping made an inside move in the keyhole to pass to the point with two minutes remaining to drive to the checkered flag and score the F4 US victory for him and VRD Racing.

Ping added, “What a way to finish the weekend. Always good to win the final race and carry that momentum to the next one. Thank you VRD Racing for a beast today and let’s keep this win streak alive!”