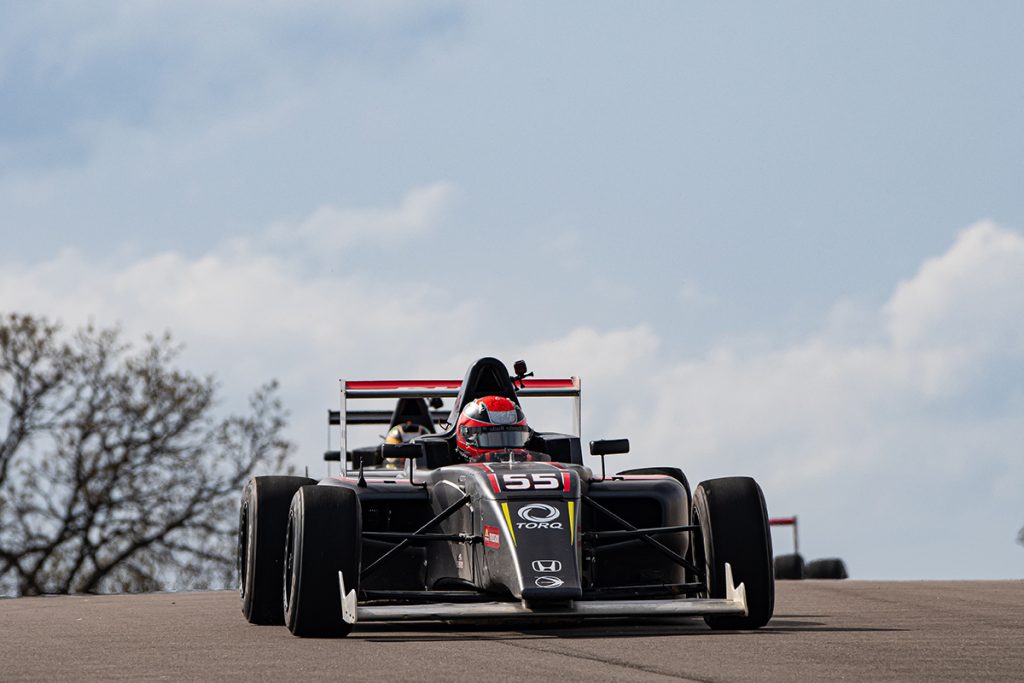 With the first event weekend in the USF Juniors Presented by Cooper Tires now behind him, Ping Racing’s Noah Ping is fully focused on rounds three and four this coming weekend. Not having the weekend that he had hoped for at the Ozarks International Raceway, Ping will be back on track this coming week at the Barber Motorsports Park in Leeds, Alabama for rounds three and four. 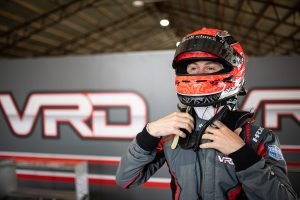 “It definitely was not what we had hoped for, but we just need to work hard to get back to the top of the results sheets,” explained Noah Ping, who improved to tenth and twelfth in the two wheel-to-wheel races this weekend after qualifying fourteenth. “I had a very big incident in the final practice, the biggest of my career. The team did a great job getting the car ready in under an hour for qualifying, but I was a little timid.  The rest of the weekend was all about getting laps and gaining.”

In the second race of the weekend on Saturday afternoon, a broken upright sent Noah to the pits for repairs under a caution period. Returning to the track to score the sixth fastest lap, Ping was back in form and ready for race three on Sunday which was eventually canceled due to severe weather.

Ping will have only a few short days to wait until he can fully put this weekend behind him. With a quick turnaround and a short jaunt south to the picturesque Barber Motorsports Park, Ping will compete in rounds three and four of the USF Juniors program alongside the NTT INYDCAR Series and the complete Road to Indy program.

Noah Ping added, “I shifted my focus to the next event weekend the minute we pulled out of the track and headed for home. I have been to Barber, and we tested well there so I am confident that our form will return once racing commences. I need to give a huge shout out to the VRD program for their support and hard work this weekend. What they did between practice and qualifying not many teams could do and for that I am very thankful.”

With the quick turnaround, Ping and his Velocity Racing Development team will take part in a two-day show. With a jam-packed Thursday that will feature practice, qualifying and the first wheel-to-wheel race of the event, race two and round four of the USF Juniors program will take the green on Friday morning.