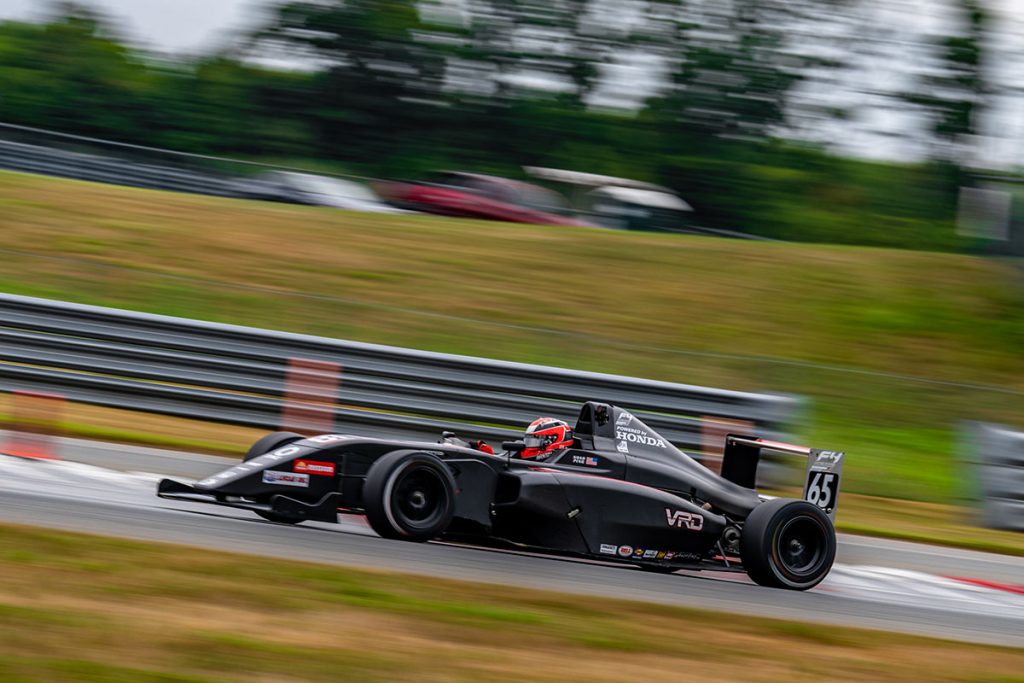 Noah Ping, a favorite in the running for the 2022 F4 United States Championship Powered by Honda title, hit a bit of a snag this past weekend at New Jersey Motorsports Park. Despite a challenging first race on Saturday, Ping returned to the track Sunday to earn a pair of top-five results to add some valuable points towards his championship chase. 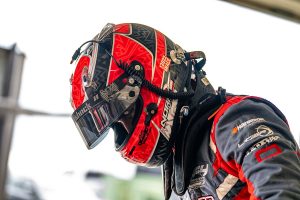 After being quick in practice and snagging a fifth-place qualifying position, Ping’s first race came to a disappointing end a few laps short of the checkered flag. Ready to start over again on Sunday for race two and three on the weekend, Ping was geared up for another battle with a repaired racecar.

“After yesterday, hopefully we can do some damage control for the championship with two races today,” explained Ping, “We’re starting a bit back in the field, but I’m confident we can get up at least into the top-five for the first race and then work from there for race three to get on the podium.”

Starting from near the middle of the pack on Sunday in twelfth position for race two, Noah was able to launch his VRD Racing prepared machine forward all the way to the fifth position, giving him a top-five result and a decent sixth place starting position for race three. With tough competition, Ping was able to gain another two positions to cross the line fourth and close the weekend with some momentum for the rest of the 2022 race season.

Ping continued, “A DNF, fourth and fifth place finishes weren’t really what we were looking for this weekend, but the Velocity Racing Development program is always really strong at VIRginia International Raceway (VIR). I’m confident we can get the car where it needs to be and get back in the running for the championship in early October.”

With two more events in the F4 United States Championship Powered by Honda, Noah is confident that with a few strong results at VIR, he and the team can make a run for the title.

Ping added, “We will never give up. We have a lot still to play for and while this weekend was not the best, we will aim to make the next one the best yet.”