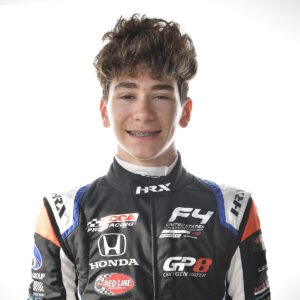 Velocity Racing Development (VRD) is in the process of finalizing their driver lineup for the 2021 season. Earlier this month announcing the signing of Jason Alder to their F4 United States Championship Powered by Honda team, VRD is pleased to announce second year competitor, championship hopeful and 15-year-old Nico Christodoulou from King City, Ontario, Canada.

“I am thrilled to be joining VRD for the 2021 season,” explained Christodoulou. “Their winning methods and philosophy will help propel me to the next level in my career. They have proven to be a winning program, and I look forward to trying to fill the void left by outgoing series champion Hunter Yeany.” 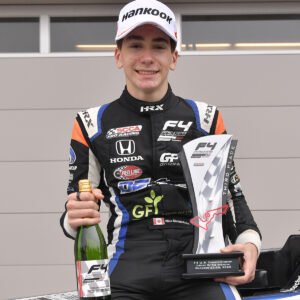 Christodoulou will be entering his second season in the F4 United States Championship season after a successful run this past year where he claimed one podium and five top-five results, finishing seventh in the championship. Now, Christodoulou is focused on the 2021 F4 US Championship and continuing to pursue his passion and work towards his dream of becoming a professional race car driver.

“Nico was super impressive in his debut season of F4 last year, and we can’t wait to get him in our car and see what he’s really capable of,” added VRD’s Dan Mitchell. “Nico is a race winner in Mexico already, and we aim to make him a multi-time race winner here in the United States.”

Christodoulou is excited to continue his partnership with ICC Property Management Ltd. this upcoming race season.