NICKY HAYS TO FOLLOW IN PHIL GIEBLER’S FOOTSTEPS AND LIVE, RACE AND COMPETE IN EUROPE 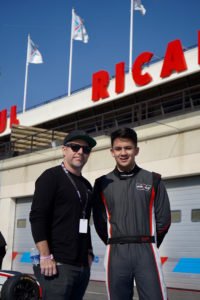 After two very impressive outings in the French based Driver Searches, the Richard Mille Academy and Winfield Volant, Nicky Hays has confirmed his participation in the French F4 Championship in 2019. With the first event in Nogaro, France April 19-21, Hays will follow in the footsteps of long time karting team owner Phil Giebler as he looks to make his move up the motorsports ladder.

“I am extremely excited to kick things off in Europe,” expressed Hays. “I am ecstatic to have the opportunity to showcase my abilities overseas. A lot of work has been put into making this season possible, and I would really like to thank all my partners who have made my dream of racing in Europe a reality. I will be moving to Le Mans at the end of this week, and I am beyond excited to immerse myself in the French culture during my time spent there. I cannot wait to get started next week in Nogaro for the first round of the Championship!”

Following a similar path to his mentor, coach and karting team owner Phil Giebler, Hays will live and race in Europe being based in the small town of Le Mans.

“I started my European formula career in the same race shop in 1999 after winning the Elf/La Filiere Scholarship,” added Giebler. “I know the value of competing in a series like this, and having the support of FFSA and Winfield is a great combination to learn a lot this year and showcase his abilities in a junior series that is focused on equality as well as driver development.” 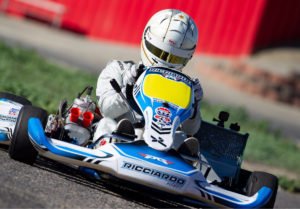 The Phil Giebler Racing program has proven to be a great training ground for future open wheel racers. Progressing several drivers through their elite level program, the most recent PGR alumni includes the likes of Carter Williams, who is competing in the British F4 program this season and already secured a podium at the opening race weekend at Brands Hatch.

Hays continued, “Without the PGR Karting program, I would not be nearly as prepared for this great opportunity. Phil has an immense amount of knowledge, and through years of his mentorship I have picked up many skills and knowledge that are unique to the PGR karting program and what they offer. I am extremely thankful to Phil and the whole PGR Karting crew for all their help and support as I make the jump into my first full season of open wheel racing. “

With the first event to take the green flag next weekend, Hays will enjoy a seven-event weekend, twenty-one race series throughout Europe including legendary tracks such as Spa and Magny-Cours.