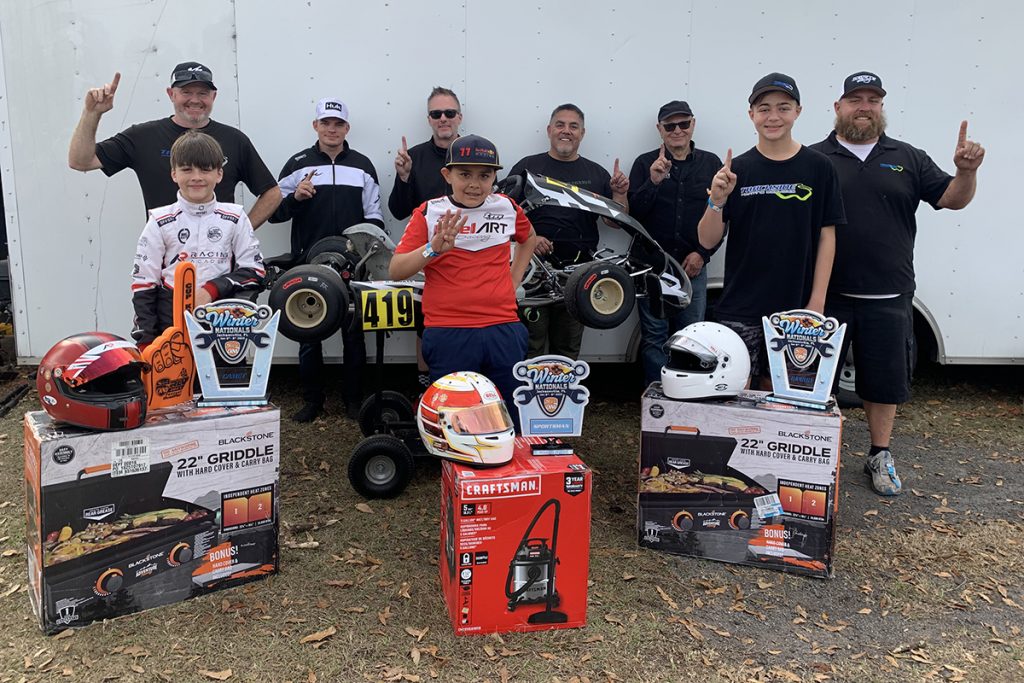 After a successful start to their 2023 campaign at the World Karting Association (WKA) Kartweek, Trackside Karting Services (TKS) continued their winning ways this past weekend at the Cup Karts North America (CKNA) event in Jacksonville, Florida. Taking on the 103rd Street Sports Complex in Northern Florida, Aston Wyatt and Ragan Saville scored class wins while TKS drivers found themselves near the top of the result sheets. 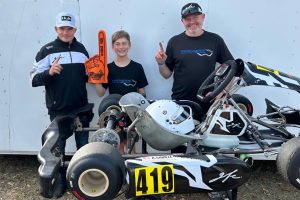 It was Aston Wyatt who kicked off the winning for TKS as he swept the weekend’s action in the 206 Cadet class. Scoring the pole position, a pair of heat race wins and the main event victory, Wyatt was untouchable on his powerful drive to a 9.5-second win in the day’s final. TKS’s second victory on the weekend came from Ragan Saville in the 206 Junior class. Saville started his weekend off with a second-place effort in qualifying before going on to earn a P4 finish and fastest lap in heat one after dropping to the tenth position on the start. Racing forward in heat two, Saville drove to a second-place result and earned an outside front-row starting spot for the main event. Taking the lead early in the day’s final, Saville pushed his TKS-prepared Stewart Racing Engine-powered GFC Kart to the top step of the podium earning the fastest lap and race win.

While Saville went on to win the final, it was Derek Wargo who led the 206 Junior class in qualifying capturing the pole position and the inside front row starting spot for the first heat race as he edged Saville to make it a TKS one-two effort. Finishing second in heat one, contact at the start of heat two sent Wargo down the running order where he was only able to salvage a 13th-place finish. Starting fourth in the main event, another rough start ended his very promising weekend on the sidelines.

Robert Arana raced the 206 Sportsman class and turned his second-place result in qualifying into a victory in heat one. In heat two, Arana led all but the final circuit as he was overtaken on the final lap to finish second. In the main event, it was another dominant performance by Arana as the race lead went by the wayside after contact on the final lap and no call by the officials pushed him off the podium and in an eventual P4 result.

“A huge shoutout to all our TKS drivers, families, mechanics, supporters, Stewart Racing Engines, and GFC Kart for a pair of solid events in Florida. Congrats to our winners including Aston and Ragan this past weekend in Jacksonville,” explained TKS Owner Tim Lobaugh. “I think we proved our presence at the CKNA event as all our drivers battled at the front of the field. Unfortunately, Robert was shoved wide on the final circuit which should have been a sure podium if not a race win while Derek ran into some bad luck in the day’s main event. I am proud of our team and can’t thank everyone enough for the effort. On to the next one but happy to be headed home with some trophies.”

For more information on Trackside Karting Services or to compete with the Texas-based team, please contact Tim Lobaugh at 269.519.7593 or via e-mail at TracksideKartingServices@gmail.com.