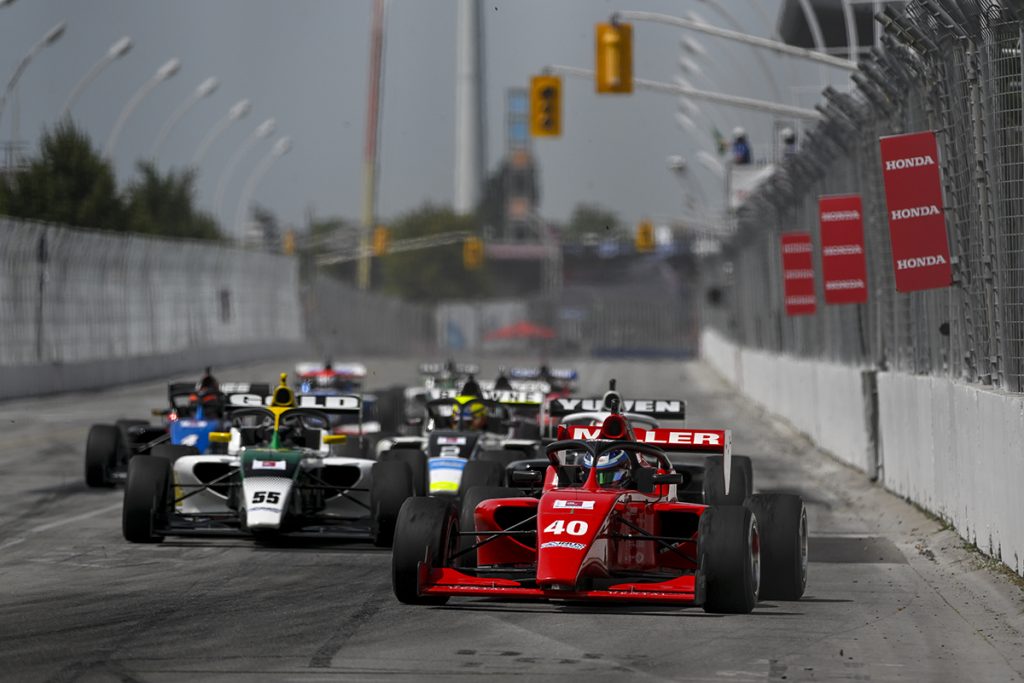 Making the trip north of the border for the Honda Indy Toronto, Miller Vinatieri Motorsports driver Jack William Miller earned a top-five result. Adding to his podium finishes from earlier this year, Miller added an eighth place result in the Indy Pro 2000 Presented by Cooper Tires program on Saturday before bettering that performance on Sunday to close his weekend in fifth.

Progressing through the one and only practice session on Friday, Miller ran into issues in the first qualifying session of the weekend that would set the grid for Saturday’s wheel-to-wheel action. After a crash and only able to muster the 13th quickest time in qualifying due to contact with a barrier, the Westfield, Indiana based driver was forced to drive forward in the race.

“It was disappointing to qualify as far back as we did, but I was able to move forward in the race and earn the Hard Charger Award,” explained Miller. “To advance five positions and finish eighth felt like a win for both myself and the team after all the hard work they had to do to fix the damage.”

Returning to the track on Sunday and having already secured an eighth place starting position courtesy of his qualifying two effort, Miller had a rocket ship start as he closed the first lap in third. With an early caution due to a multi-car incident on the first lap, a restart would ensue just a few circuits later in which the #40 Patterson Dental machine struggled to get up to speed. On the restart, Miller fell back to sixth before quickly regaining one position on the same lap to slot into fifth. With twenty-five laps on the schedule, the field remained static from lap six as Miller tried to hunt down the drivers in front of him. Stalking the fourth place runner and closing the gap to less than a second, Miller was unable to find a way by and had to settle for a P5 result on track. Following the race, a driver in front received a post-race penalty elevating Miller to the fourth position.

Miller added, “Nice rebound from yesterday. I think if we were able to start further up the grid, we could have easily been able to fight for a podium result.”

Miller will now enjoy more than a month off before his next event at the Worldwide Technology Raceway. Set to return to his second oval event of the year, Miller is looking forward to the August 18-20 event just outside of St. Louis.