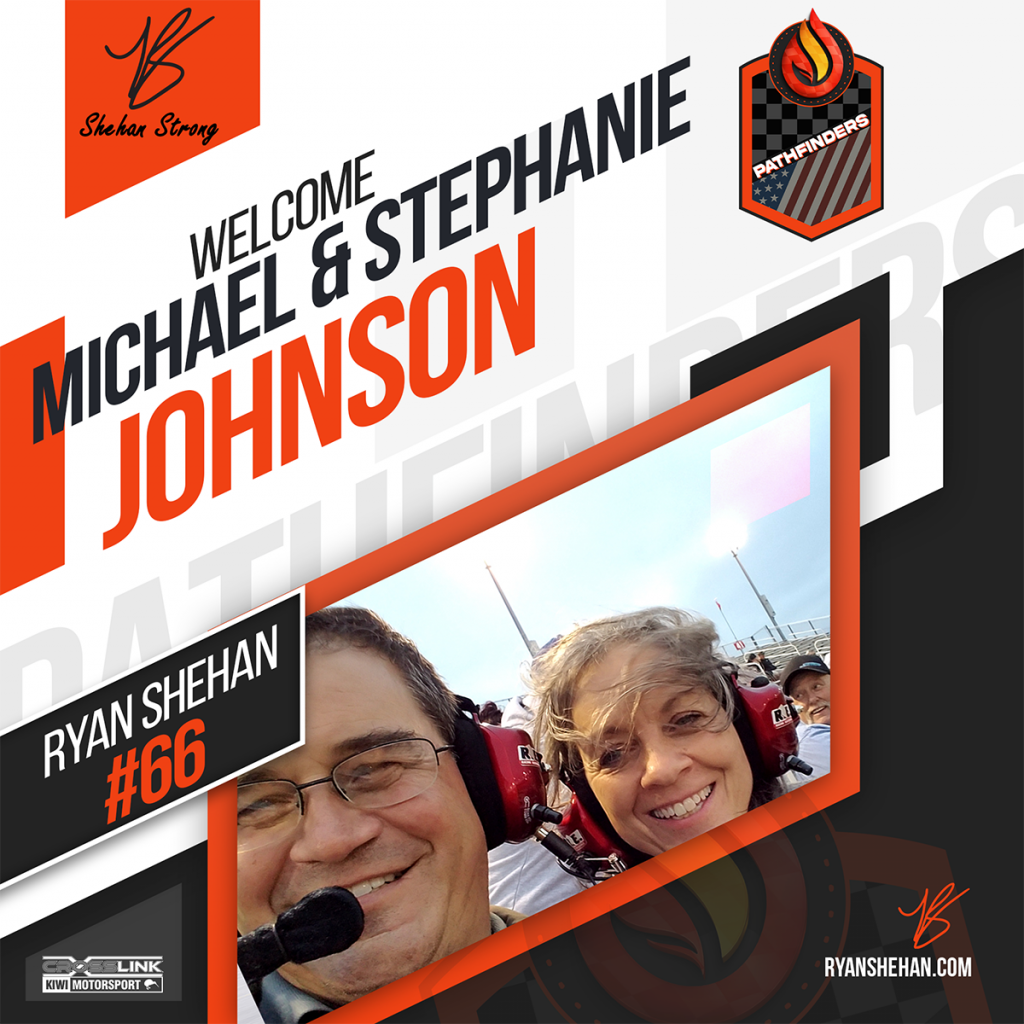 Getting off the line quickly with his new Pathfinder Program that combines racing sponsorship and support for his Shehan Strong non-profit, Ryan Shehan is pleased to welcome his inaugural members. With a lifelong obsession with cars and helping youngsters, Michael and Stephanie Johnson have stepped up to the plate to support Shehan and will have a presence on the Crosslink Kiwi Motorsport entry at the next round of the F4 United States Championship Powered by Honda.

“We are excited to support Ryan in his racing career,” explained Michael and Stephanie Johnson. “We have followed his progress and continue to be impressed with his hard work and dedication both on and off the track. We look forward to continuing to see him compete and advance and look forward to being part of his future success.”

Having restored his first car back in high school, Michael is an avid car and motorsports lover and continues with his restoration passion today. Michael met Stephanie in Michigan. As a Detroit native, she shares the same passion for both cars and racing. Michael and Stephanie regularly travel to attend racing events throughout North America and are very active in the car restoration and collection of automobiles.

“What an honor to have the support of Michael and Stephanie,” explained Ryan Shehan. “I welcome them to the Ryan Shehan Racing family and look forward to growing with them as much as they want to grow with me.”

On the strength of three podiums, including two in the last three races, Ryan Shehan sits sixth in the F4 United States Championship Powered by Honda point standings with nine races remaining on the 2022 schedule.