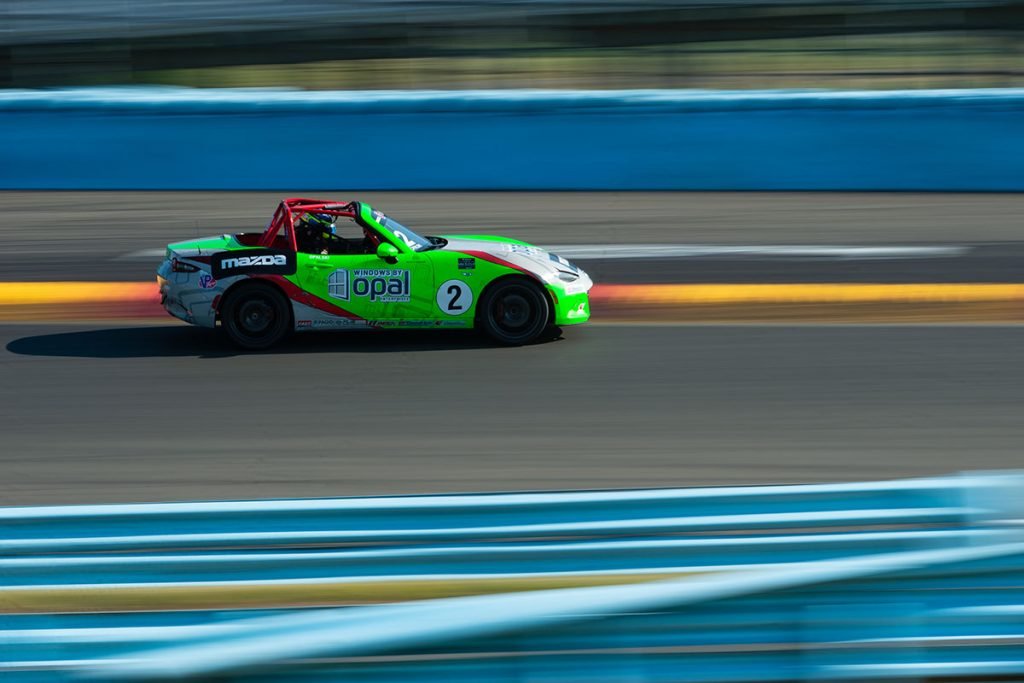 It was his first trip to the Watkins International Raceway for teenager Max Opalski as he took on rounds seven and eight of the Idemitsu Mazda MX-5 Cup Presented by BF Goodrich. Looking to turn his season around, Opalski left the New York facility with a 13th place result on Friday and held station on Saturday to work his way to 14th on the results sheets. 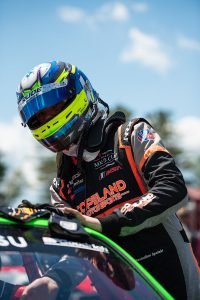 Finding himself deep in the field during the pre-event practice sessions, Opalski turned up the wick when it counted on Friday beginning with qualifying. A jump of ten positions compared to his practice results saw him earn the seventeenth fastest lap of the session and inside row nine starting spot for the first wheel-to-wheel action of the weekend. With the goal to climb forward even more, Opalski was able to level up a few more to cross the stripe in 13th. In a race that featured multiple caution periods, the Windows and Doors by Opal Enterprises backed driver kept his nose clean and gained valuable experience at one of North America’s most difficult racetracks.

“It was a good result considering where we finished the day or practice yesterday,” explained Opalski. “We worked hard as a team and never gave up and that was proven once the racing began. Congrats to my teammate Tyler Gonzalez on the win, and I hope that I will be up there tomorrow battling him during race two.”

Returning to the track on Saturday for the second wheel-to-wheel action of the race weekend, Opalski would begin his quest to better Friday’s results from the 15th position as drivers would start in the order of fastest race laps from the day prior. Quickly advancing forward to run in the top-ten on occasion, Opalski earned his second top-15 result if the weekend.

Opalski added, “It was good to get back behind the wheel and gain some more track time, especially at a track such as Watkins Glen. I hope I can continue the forward progress this coming weekend at Road America.”

There is no time off for Opalski as he will quickly travel to Elkhart Lake, Wisconsin for rounds nine and ten this coming weekend. Stay tuned to the Max Opalski Racing social media pages for news, information, photos, and results from the upcoming event weekend.