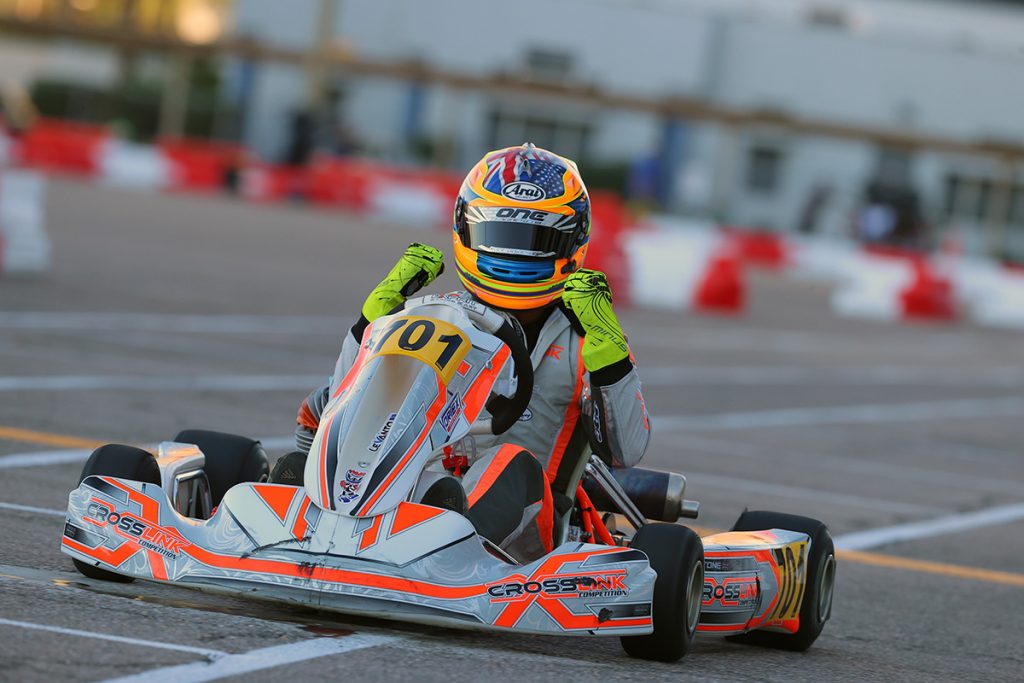 It was Martin Stone who reigned supreme in VLR Masters class as he scored the elusive win for Team Crosslink at the ROK Cup USA ROK Vegas event this past weekend. Saving his best drive for the final on track session of the five-day event, Stone drove to the front of the field with ease and scored the ROK Vegas Championship. 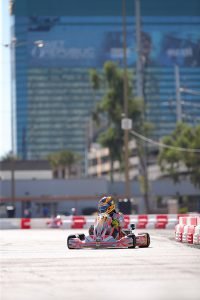 After qualifying eighth and going sixth, twenty-fifth, eighth and third in the four progressive heat races, Stone would line up on the outside of row four for Championship Sunday. With the goal to garner a podium result, Stone stole the show claiming the fastest lap of the race on the way to his eventual race win. After moving into the top-five early in the twenty-lap main event, Stone steadily marched his way to the front before taking the lead around mid-race distance. Flexing his muscles and driving away from his rivals, Stone secured his first ROK Cup USA ROK Vegas Championship.

“Martin never gave up all weekend,” explained Team Manager Sean Owens. “Even when he was down the running order, he and the entire team kept pushing with one common goal. At the end of the weekend, the hard work paid off and we could not be happier.”

Showing their speed in the VLR Masters class, Miguel Mier put a pair of Team Crosslink drivers in the top-ten. Beginning the main event in the fifth position, Mier ended his week in Vegas with a seventh-place result.

While the karting program was on track in Las Vegas, the Team Crosslink car program was at the famed Circuit of the Americas for the final round of the FR Americas Championship Powered by Honda. Finishing the season on a high, Dylan Tavella and Josh Car earned podium results in the final race of the season proving Team Crosslink’s dedication to success in both karts and cars.