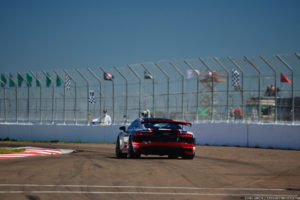 “I’m feeling good about the car going into the races after two successful practice sessions yesterday and a good qualifying this morning. I am ready to see what we can do with our Audi. M1 GT Racing has been working hard to get the car ready for this race and we are ready to get out on track,” explained Bell.

Race one was a success for M1 GT Racing and Bell, finishing third in class and fourth overall. Starting race two from 17th, Bell worked his way up to fourteenth overall and tenth in class. Running as one of the fastest cars on track, the Tampa Bay resident was mired in mid-pack traffic throughout the majority of the event before the race was halted by a red flag for a multi-car incident.

Team Manager, Remi Lanteigne added, “Overall we had a successful weekend. Race one had us confident for the second, but after a qualifying setback, we started race two further back than anticipated. After being stuck in some traffic early in the race, we were unable to complete the full race distance due to an incident that brought out the red flag. We are still pleased with the result and are ready for the second event in Austin, Texas in a couple of weekends.” 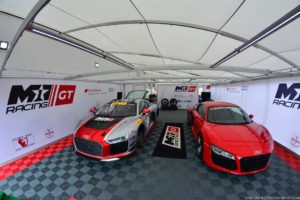 Lanteigne continued, “A big thank you to all the Audi Sport engineers for their assistance trackside in St. Petersburg this weekend.”

M1 GT Racing and Bell will compete in rounds three and four of the PWC Championship at the famed Circuit of the Americas in Austin, Texas in less than two weeks’ time. In 2017, Bell had a podium result in COTA and is looking to do the same this time around with M1 GT Racing.