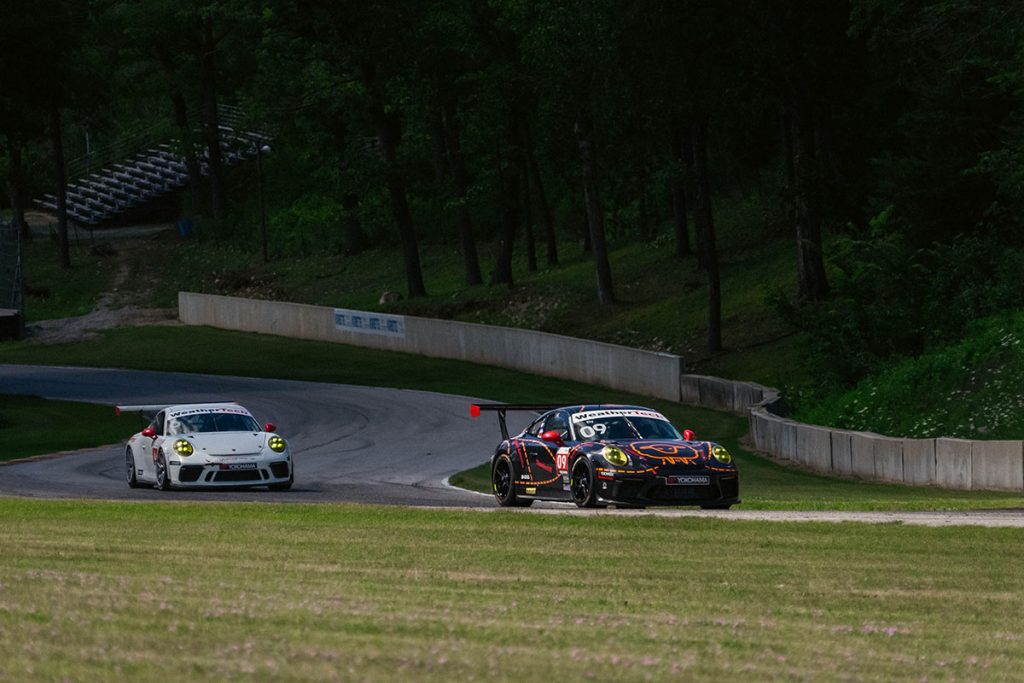 It was another Porsche Sprint Challenge North America race event this past weekend at Road America as Black Sheep Racing brought three drivers to the famed Elkhart Lake, Wisconsin facility. Taking on the 4.014-mile facility, Laura Ely scored the team’s best result taking home the win on Saturday, and but narrowly failed to repeat that performance on Sunday to cross the line second and to be the dominant driver of the weekend.

With qualifying taking place on Saturday morning, Ely was hoping for the pole position, but a sub-par lap hurt her pace as she had to settle for the second position. Stephen Ayers put a pair of Black Sheep Racing drivers in the top-five with a solid lap to secure a P4 and outside row two starting position.

Race one of the weekend took place on Saturday afternoon and it was all Laura Ely. After starting from the second position but maintaining that spot as the race started, Ely was able to run down the leader in front and make her bid for the top spot. Completing the pass and taking the lead, Ely drove to the checkered flag unchallenged for another win in the 2022 season. Ayers was able to maintain his P4 starting spot to cross the line fourth, narrowly missing a podium result but maintaining two Black Sheep Racing Drivers in the top-five.

“It was great to take the win as at first, I did not think it was possible,” expressed Laura Ely. “I did not have the best lap in qualifying so to end the weekend with a win is great. I kept my head down and ended up catching the driver in front of me right at the end of the race and was able to make the move to get the win. A huge thanks to the team for all their hard work. I love this place!”

Race two took place on Sunday morning and it was Ely who once again found her way to the podium. Taking her second podium result of the weekend with a P2 finish, the Black Sheep Racing driver was the class of the field over the weekend. Ayers also showed the speed of his BSR Porsche 911 as he followed suit to his result on Saturday adding a P4 result, and a fourth top-five result for Black Sheep Racing on the weekend.

The third BSR driver of the weekend was Kenton King but an incident early in the weekend forced him to the sidelines and out for the weekend.

The next stop for Black Sheep Racing will be in less than two weeks’ time at the Utah Motorsports Campus in Grantsville, Utah over the August 12-14 weekend.