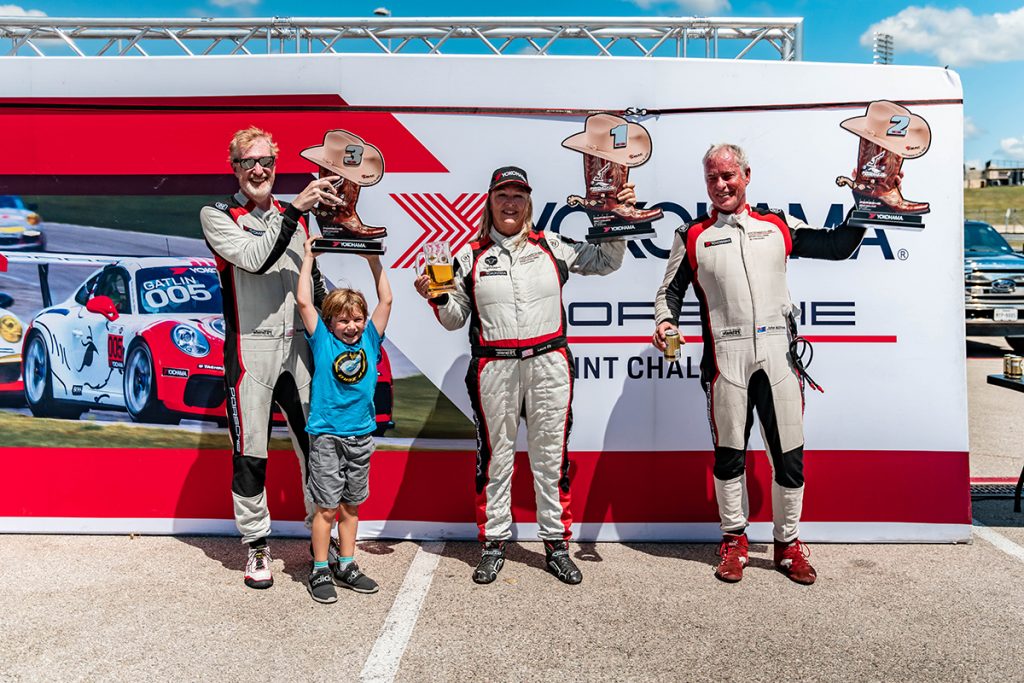 The Porsche Sprint Challenge North America & USA West series journeyed to blistering Austin, Texas this weekend at the famed Circuit of the Americas (COTA) for the conclusion of their nationwide program. Leading the USA West Championship heading into the event weekend by a slim one-point margin, Laura Ely nabbed pole position and a pair of podium results to earn the championship while Stephen Ayers grabbed a podium finish on Sunday earning himself a fourth-place result in the season-long points battle. 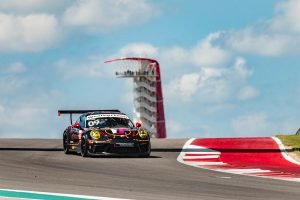 After a long day of practice Friday, Black Sheep racing was ready to qualify Saturday morning in the hot, humid Texas weather. Laura Ely, showing incredible pace in the practices beforehand, clocked the third fastest lap in the GT3 Cup 991 class while her driving counterpart in the #30 entry, Stephen Ayers struggled to find the same pace, leaving him starting in 15th overall and an inside of row eight starting spot.

“You know, we were hoping for pole as we need all the points we can get because the battle for the championship is so close this weekend,” explained Laura Ely, “First in USA West class and third in class overall is good, and we’re still in a great position. If we maintain our position and beat whom we need to beat, I am confident we will get the points we need to bring home a championship.” 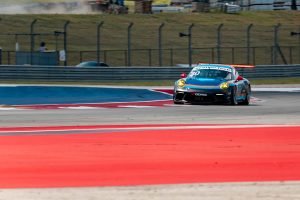 Later that day, as track temperatures rose, it was time to start the first race of the weekend. Being only one point ahead in the championship lead, Ely had to perform near flawless throughout the weekend if she wanted to clinch the 2022 title. As the green flag flew and the field bunched up on the steep hill of turn one, Ely kept her composure and her position without a scratch on the car. Two competitors followed closely behind through the beginning of the race but Ely, increasing in speed, was able to create a substantial gap of more than twelve seconds between her and her competition by the end of the race. Simultaneously, Ayers was able to create some space on the track for himself as well as work his way up a few positions on track.

As Sunday rolled around, Laura Ely could see a championship trophy in her future as she just had to make it through one more race. Much like Saturday, Ely was able to hold her position and create distance between her and her championship rivals to claim her second 911 USA West win trophy of the weekend. It was a special podium as Ayers joined her in third place and both Ely, Ayers, and the Black Sheep Racing team were crowned the 2022 USA West Driver and Team Champions. 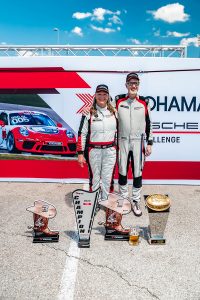 After a well-deserved end-of-season rest, you can expect this championship-winning team to get right back after it, preparing for the 2023 season.