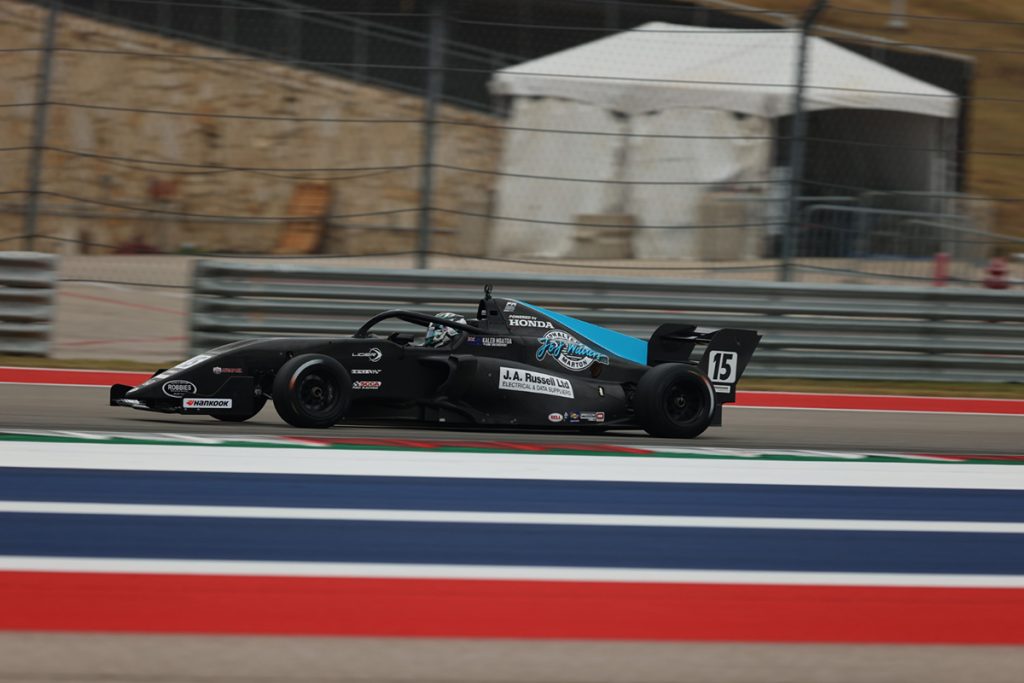 With the final round of the 2021 FR Americas Championship Powered by Honda debut now upon us, Kiwi Motorsport has confirmed the addition of New Zealander Kaleb Ngatoa. Making his series debut this weekend at the famed Circuit of the Americas (COTA), Ngatoa has already completed one day of testing at the facility and will be aiming for podium results during the final FR Americas event of the season.

“Kaleb is a true racer, and we are happy to have him as part of our program,” explained Teena Larsen. “Foreshadowing to next year, maybe, but our focus is fully on this weekend and putting the Kiwi Motorsport name on the top step of the podium.”

“I am excited and honored to have the opportunity to drive a Kiwi Motorsport entry this weekend,” added Ngatoa. “The Kiwi Motorsport name is synonymous with winning, and I just hope that I can assist them in their efforts of race wins and podium results.”

Racing alongside Kaleb Ngatoa will be teammates Cooper Becklin, who earned three top-ten results in his series debut at the most recent event, and Ryan Yardley, who claimed a pair of podium results at the Virginia International Raceway.

Stay tuned to Kiwi Motorsport social media pages for more news, information, and results from the event weekend. To follow Kaleb Ngatoa, please find him on Facebook via Kaleb Ngatoa Motorsport and Instagram at @KalebNgatoa.