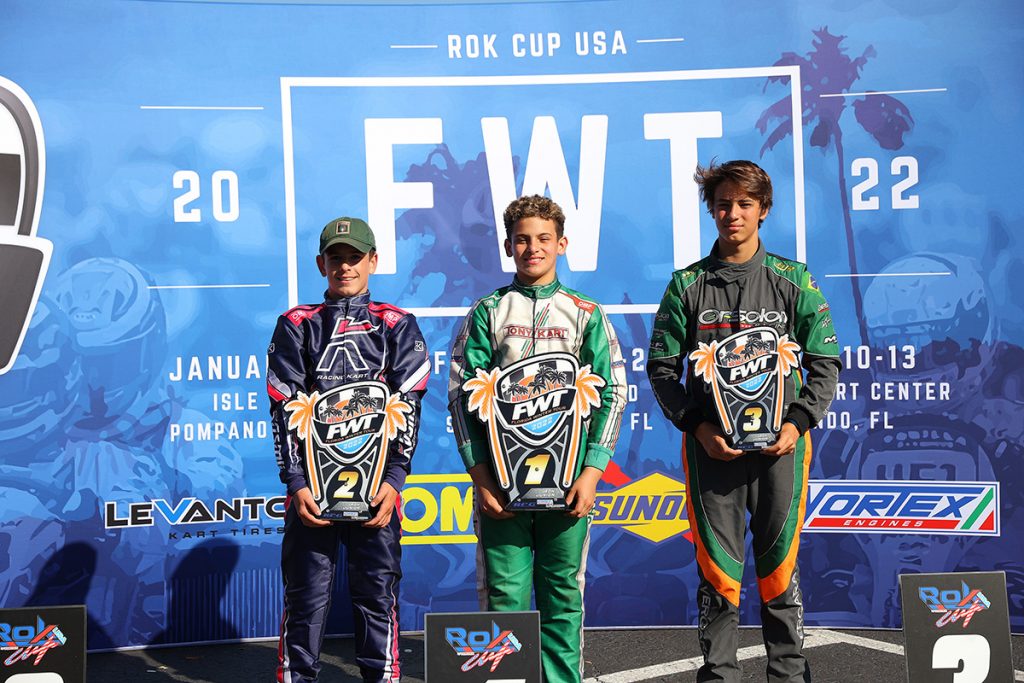 It was another winning weekend for Supertune as Jorge Ortiz was able to find his way to the top step of the podium during the second round of the ROK Cup USA Florida Winter Tour. Leading flag-to-flag in the main event, the Tony Kart driver dominated the twenty-lap final to give Supertune another FWT victory while Asher Ochstein added a fifth-place result in Mini ROK and Rafael Canas finished tenth in Micro ROK. 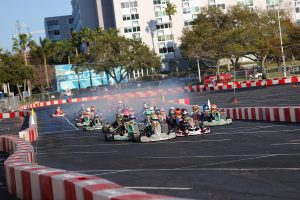 “Temporary circuits are always a challenge especially one as short as the one this past weekend,” explained Ben Cruttenden. “With passing often hard, it was a goal to make sure that we were out front and clear of any troubles that could happen.”

Progressing through qualifying, three heat races and the prefinal, Supertune competitors returned to the track on Sunday for their shot to earn the round two victory. Jorge Ortiz was the class of the ROK Junior field as he took advantage of his inside front row starting position and never looked back. Rocketing to the lead and turning fast lap after fast lap, Ortiz had a dominant drive to the ROK Junior win. Diego Ardiles battled in the top-ten throughout the weekend and looked good in the main event crossing the line in ninth before a push back bumper penalty relegated him to 13th in the final standings. Christian Quijano crossed the stripe in 18th.

Asher Ochstein provided Supertune with their second-best result of the weekend in the ROK Mini class. Classified ninth after the heat races and moving forward to sixth in the prefinal, Ochstein climbed forward one more position in the main event to finish fifth and showed the speed on the Tony Kart Mini chassis.

Jose Carlos Murad had a spirited drive from the back of the grid forward in the ROK Micro main event after have a technical issue and finishing in the top-five in Saturday afternoons’ final. Starting shotgun on the field, Murad climbed eleven positions to close his weekend in fourteenth. Rafael Canas ended his heats classified in the 20th position and managed to move forward throughout the prefinal and main event to end his day in 11th.

Haopeng Zhang had a solid weekend in St. Pete as he progressed forward in every on track session from qualifying until the end of heat three. Closing his weekend 26th after a penalty in the ROK Senior main event, Zhang will look forward to March events.

Are you looking to join Supertune for March events in Florida? Supertune will take part in the opening round of the United States Pro Kart Series (USPKS) and final round of the Florida Winter Tour. For more information on Supertune, race team opportunities in 2022, OTK product sales, or engine and dyno services, please contact Ben Cruttenden at 317.900.3141 or via email to Ben@Supertune.us.