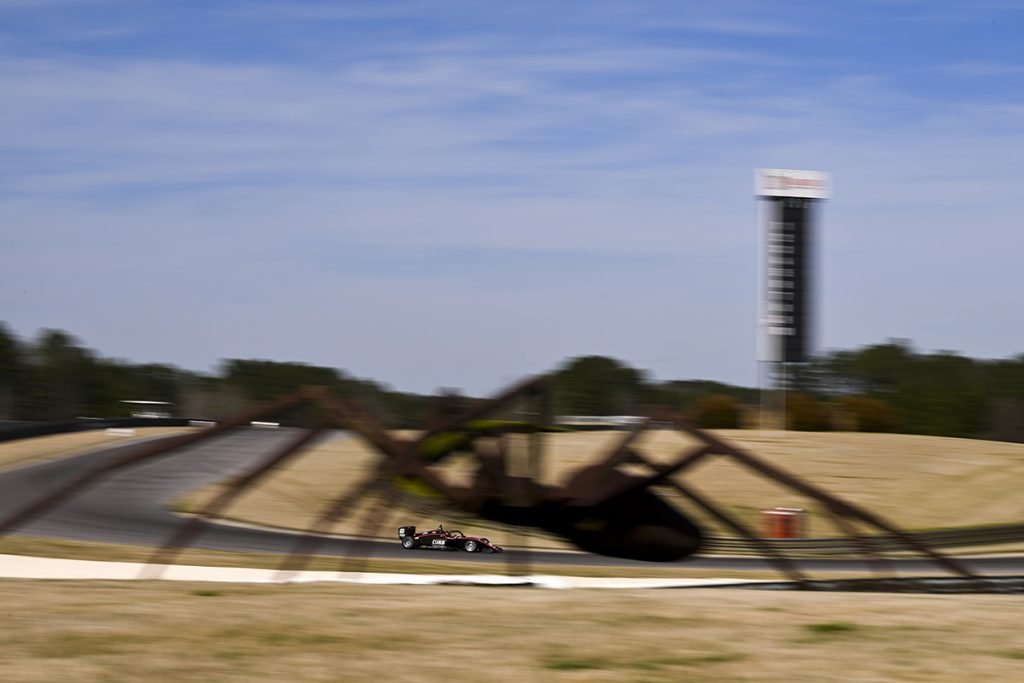 This coming weekend will be the first event for the newly named Joe Dooling Autosports – Curb/Agajanian program. Set to take on the picturesque Barber Motorsports Park in Leeds, Alabama, team driver Trey Burke will look to build off his best career Cooper Tires USF2000 Championship result at the Grand Prix of St. Petersburg nearly two months ago.

“It has been a long time since our last event,” explained Trey Burke. “Thankfully we have had some test days to keep us busy. We had a solid test at Barber a few weeks ago so we are quite confident heading into the weekend.”

In his one and only event weekend this year, Burke began his 2022 USF2000 campaign with an impressive seventh place result. Looking for more on Saturday, a minor miscue on the barrier lined St. Pete street circuit took him out of contention early as he was likely on the way to better his career best result.

Now, fast forward two months later, Burke and Joe Dooling Autosports – Curb/Agajanian are ready for the next task, Barber Motorsports Park. Competing alongside the complete Road to Indy and the NTT INDYCAR Series, it will be a jam-packed weekend that will feature rounds three and four, as well as a pre-event Promoters Test Day on Thursday.

Burke added, “Going into the second race at Barber, the entire team as a whole is feeling really strong. We showed up to St. Pete not knowing what to expect and we found results. There’s no doubt that Barber will be the same. I can tell that the group as a whole has much more confidence after a very successful test as well. Not to mention having Curb/Agajanian on board. Everyone knows the name, so it gives me that much more confidence.”