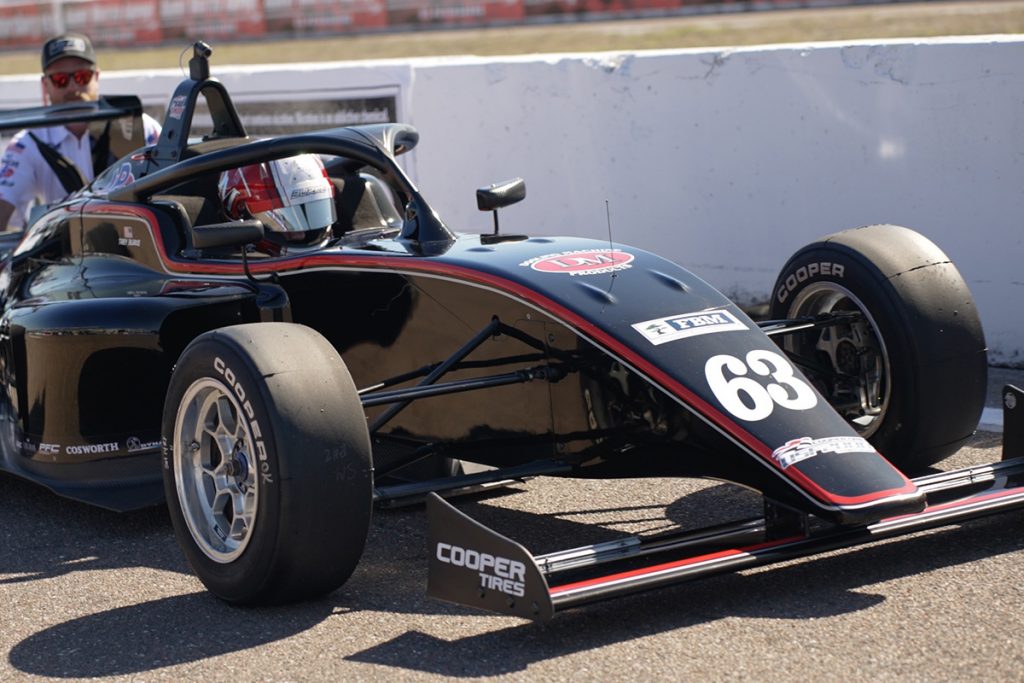 Waiting all winter for the first green flag of 2022, Joe Dooling Autosports driver Trey Burke started his season off on a high. Ending the first wheel-to-wheel action of the weekend with his career best result at the Grand Prix of St. Petersburg, Burke was victim of unfortunate circumstances in race two as he now shifts his focus to the next event. 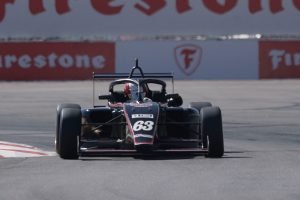 With a year in the Cooper Tires USF2000 Championship program under his belt, Burke entered the 2022 season with renewed focus and energy in his quest to become a race winner. After progressing through the one and only practice session on Thursday, qualifying saw the Texas youngster steer his Joe Dooling Autosports machine to a ninth place effort in qualifying before a he advanced forward in the first wheel-to-wheel action of the season.

Taking the green flag and the run into turn one, Burke was able to settle into a rhythm that allowed him to steadily stalk the drivers in front of him. Advancing forward a couple of positions throughout the twenty-lap race, Burke scored his career best USF2000 result with a seventh-place finish.

“We had extremely great pace, and our lap times were those of the leaders,” explained Trey Burke. “Unfortunately, I got caught behind a slower car and just couldn’t find a way around him. Nonetheless, the car felt amazing, and Sunday should hopefully yield better results.”

Returning to the track on Sunday, Burke would line up on the inside of row four in the seventh position. Focusing forward and aiming to reset his career best, Burke was forced to retire on lap three.

Burke added, “Absolutely gutted with the results we had today. Showed speed, just had a series of unfortunate events to end our weekend. The start wasn’t my best by any means, and therefore I tried to make up some lost spots which would result in a crash. We did however leave a mark and prove to those on the grid that we will be very competitive this year.”