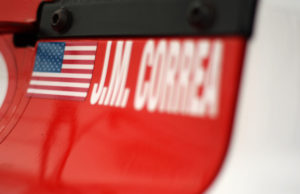 Traveling to the Misano World Circuit in Misano, Italy this past weekend for the opening round of the Italian F4 Championship powered by Abarth, JM Correa left the event with positives to build on towards his assault on the ADAC F4 program. Using the event as a testing weekend before his main series of focus begins at the end of the month, Correa and his Prema Team had a tough event but left with a tremendous amount of experience and knowledge from the race weekend as championship points for JM were not the focus.

“I want to see it as a great learning weekend,” explained Correa. “We were able to work on different car setups and try different things that you would not normally change on race weekends. I think we learned a lot. It was also important for me to get back in the seat and get some racing action after nearly four months of no open wheel competition before the ADAC German Formula 4 Championship begins.”

Showing speed in Friday’s official test sessions that would see Correa hover around the top-five, Saturday proved to be more difficult with tenth and eleventh place qualifying results for races one and two on the weekend. Race one would take place Saturday afternoon and the American driver walked away from a massive crash that would see his Formula 4 machine end up upside down resulting from the carelessness of a fellow competitor who attempted a pass with a damaged front wing. Entering a high-speed corner, Correa’s competition lost control and slammed into the side of his car causing the Prema driver to flip upside down as he sustained severe damage, ultimately putting the young American out of the race. Fortunately, unscathed from the incident, Correa was able to get back in the car and compete the next day. 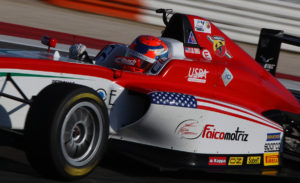 Sunday saw Correa battle inside the top-ten throughout the second race of the weekend running as high as seventh and as low as 13th, eventually finishing in the tenth position.

Though race three’s result was not what the team had hoped for after opening lap contact damaged Correa’s front wing and he was forced to pit for a new one, the team and driver were able to end their weekend on a high note. Driving back up to a 20th place finish, Correa scored the third fastest lap of the race and the fastest amongst the Prema Team quartet of drivers, thus proving that the setup changes that were being tested throughout the race weekend were indeed the right decisions to improve his Tatuus racecar.

JM Correa would like to thank all of his marketing partners and supporters. A big thank you to Prema Team and their team supporters as well as Theodore Racing, Motorsport.com, US Performance Academy, Faico-Motriz, NOE Sushi Bar, Ravenol, Bell Helmets and Sparco.

JM Correa’s next on track action will be the opening round of the ADAC F4 Championship April 28-30 at the Motorsport Arena Oschersleben in Oschersleben, Germany.