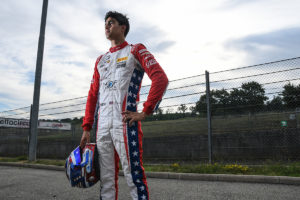 After showing speed and claiming a top-five result at the most recent round of the ADAC F4 program in Orschersleben, American driver JM Correa and his Prema Team traveled to the Mugello Circuit in Borgo San Lorenzo, Italy. Competing in select events in the the F4 Italian Championship powered by Abrath, the front running driver would utilize the Mugello event as a test weekend to hone skills and car setup before returning back to his main series of focus for the 2017 season.

Currently sitting eighth in the ADAC F4 championship battle, a trip to Italy was planned to continue to work on the weak points with the second half of the season just around the corner. Focused on speed, car setup, qualifying and race craft, Correa utilized Mugello to test in race conditions as he went through the plan on the weekend and took away what he could to better help for the remainder of the season.

“The main problem for us this weekend was just the qualifying. We didn’t put the lap together in the first qualifying session and after the virtual safety car, we were the first cars to take the checkered flag,” explained Correa. “We just didn’t have any pace in the second qualifying session and these results, greatly affected us for all three races starting outside the top-ten.”

In the first two races, Correa was able to improve his starting position and gain some valuable information. Working to ensure he was up to speed as well as gather as much data to help him and his teammates moving forward, the American driver continued to work and improve with each passing lap. 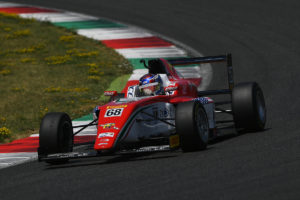 Correa continued, “In the first two races, we were able to maximize the position quite well and at least get some points. In race three, I was running very well and was collected in an incident in where two drivers crashed in front of me and I had nowhere to go. After changing the nose of the car, I was able to claim one of the fastest laps of the race so a top-five result may have been possible.”

With the 2017 focus on the challenging ADAC Formula 4 program, Correa will now get back to his off track training program as he prepares for his next event. Slated for the August 4-6 weekend at the famed Nürburgring in Nürburg, Germany, Correa will look to get back to his winning ways at one of the most famous circuits in the world and one that he has performed very well at in the past.