JM CORREA TO MAKE GP3 DEBUT THIS WEEKEND IN SPA-FRANCORCHAMPS

Competing in the Italian and ADAC German F4 programs throughout the 2016 and 2017 season, American driver JM Correa is set to make his GP3 debut this weekend. Competing with the Jenzer Motorsport squad at the famed Spa-Francorchamps circuit in Stavelot, Belgium, Correa will look make good in his first official GP3 Series weekend. 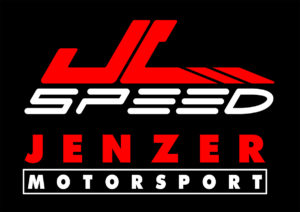 “Obviously I am very excited and happy to start my first GP3 Series event,” explained Correa, who was visiting family stateside during the European summer break. “GP3 is something that I have been looking to move into ever since my first F4 event and now with the experience in both open wheel formula cars as well as a lot of the tracks throughout Europe, the time was right to make the change.”

The GP3 Series has been designed to be the perfect driver training ground for both Formula 2 and, ultimately, Formula 1. Competing at the same facilities as their ladder program, the GP3 program utilizes three different types of compound Pirelli tires to teach tire management, while two races per weekend with reverse grids help develop skills that will prove crucial in the battle to become a GP3 race winner, and ultimately, champion.

Jenzer Motorsport is a veteran team in the world of European motorsports. Founded in 1993, the Switzerland based team entered the GP3 category in 2010. Scoring race wins and championships along the way, several of today’s motorsports stars have graduated through the Jenzer program including Neel Jani, Bruno Spengler, Timo Bernhard and more. The 2017 edition of the team will see JM Correa join Alessio Lorandi of Italy and Arjun Maini of India for the final four events weekends that will begin this coming weekend.

With the recent rumors regarding the changes in the CIK/FIA ladder program, it is difficult for young drivers to choose a path that will better their careers. Looking to be proactive, Correa will look to gain some further experience in the 400 horsepower GP3 machines that reach top speeds of over 300 kmh (185 mph) using F1 DRS (drag reduction system). 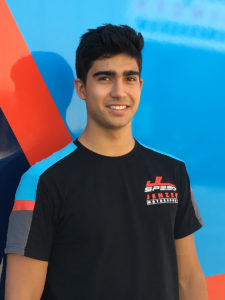 Correa continued, “Making the jump to GP3 for the second half of the season is something to build towards in 2018. The plans and goals for 2018 are still to be defined but we need to see what opportunities present themselves in the coming months. I would like to thank Jenzer Motorsport and all of my partners for this terrific and amazing opportunity”

“We are very pleased to have Juan Manuel on board with our team,” explained Andreas Jenzer, Owner of Jenzer Motorsport. “We feel it is a great idea to start preparing for the next season as early as possible but of course, moving to a different program mid season is always tough. A new category, a much more powerful car and an entirely new team environment will be a big change and is not an easy task, however, we are very confident in Juan Manuel’s abilities and expect him to take it all in stride. We are much looking forward to the Spa race weekend.”

The first and only official practice for the weekend will take place on Friday, August 25 at 08:30 (GMT+2) before qualifying hits the track later that afternoon at 17:10 (GMT+2). Race one will take place on Saturday afternoon at 17:35 (GMT+2) while race two will take the green flag Sunday, August 27 at 09:00 (GMT+2). Links to live video stream and timing will be communicated via JM Correa’s social media programs on Facebook, Twitter and Instagram.

JM Correa would like to thank all his marketing partners in 2017 including Motorsport.com, US Performance Academy, Faico-Motriz, NOE Sushi Bar, Ravenol, Bell Helmets and Sparco. Also, a big thank you to Prema Team, Theodore Racing and their team supporters for their 2017 Formula 4 program.