Entering round seven of the Italian F4 Championship Series, JM Correa would travel to Autodromo Enzo e Dino Ferrari in Imola, Italy. Currently sitting fifth on the overall series championship chase and third amongst rookies, Correa and his Prema Powerteam would look towards the top step of the podium and a good points scoring weekend.

With disappointing qualifying results for the first and second race on the triple event weekend, Correa would start inside row seven in his MAXSpeed Entertainment / FIKSE Wheels / Motorsport.com / Ritmo Mundo branded Prema Powerteam #68.

“We had a pretty bad qualifying. We struggled a lot with the car set-up and me adapting to the track, but in the end I’m pretty happy with the results of the races although I got a bit unlucky in race one,” explained Correa. “Someone hit me from the back at the end of the first lap after I had gained 7 positions form P13 to P6, but races two and three were much better in regards to results.” 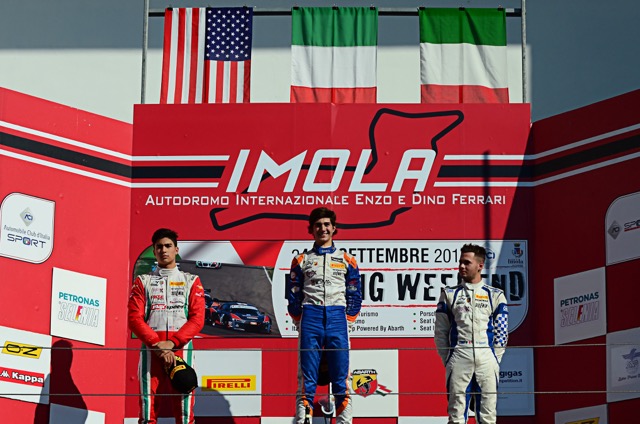 Race two would see Correa battle forward from his 13th place starting spot as he worked his way towards the front of the 28 car grid. Showing his speed and race craft, Correa would end his second wheel-to-wheel competition of the weekend with a solid fourth place effort and stand on the Rookie Podium in P2. The young American would once again be on the Rookie Podium in race three with a third place result amongst rookies, fifth overall in a hard-fought battle after starting seventh.

Correa continued, “In race two, I was able to finish fourth which was a big improvement from our qualifying result. In race three I completed a hard-fought run in fifth so I can not be too disappointed. Overall I would say it was a learning weekend. We definitely improved throughout all the three races and we can not be too disappointed about the final results and the Championship points we scored.”

With the results in Imola, JM Correa currently sits sixth in the overall series championship while he is third in the Rookie title chase. In the team championship, he and his Prema Powerteam squad are the current point leader with one more event weekend in the Italian F4 Championship. 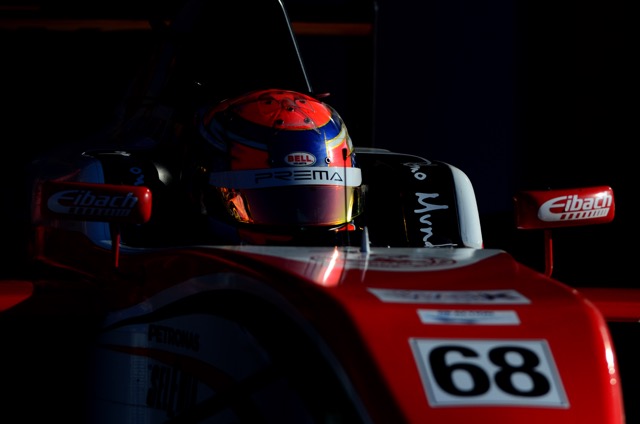 JM Correa would like to thank all of his marketing partners and supporters for a successful 2016 season to date. A big thank you to Prema Powerteam and their team supporters as well as MAXSpeed Entertainment, Ritmo Mundo, Fikse Wheels, Motorsport.com and Theodore Racing.