JM CORREA HOPES TO CHANGE HIS LUCK THIS WEEKEND IN SILVERSTONE 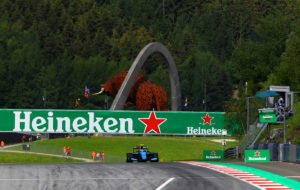 Competing at the ultra-fast Red Bull Ring in Spielberg, Austria, American driver JM Correa was back behind the wheel of his Jenzer Motorsport prepared GP3 machine for the second consecutive weekend. Looking to add more points to his 2018 season total, Austria was not kind to Correa as he was put at a disadvantage to the rest of the field from the opening lap of the one and only practice session.

“This was a tough weekend for the team,” explained Correa. “We seemed to have promising pace in qualifying, but couldn’t transfer that into race pace. As a team, we have a lot of work to do together but we will never give up. With our next event this weekend at Silverstone, we will be working overtime to make sure that we are 100% prepared.”

After the free practice session in which Correa received a tire puncture on the out lap, the Jenzer Motorsport driver was forced to switch to one of only two new tire sets allotted for the session. Never ideal to use a set that early in the weekend, Correa immediately began the weekend at a disadvantage to every competitor in the field.

Qualifying was headed in the right direction and Correa was on a fast lap before an incident by a fellow competitor caused a red flag and ended the session early.

Correa added, “I was purple through the first sector but unfortunately the incident caused me to have to abort what could have been a lap that would have placed me in the top-five.”

Looking to rebound in race one, Correa produced an excellent start and was up in the seventh position. With the top-eight competitors involved in a reverse grid position for race two based on race one finishing results, the American was in position to start at the pointy end of the field for the second run of wheel-to-wheel action of the weekend. As laps counted downs, Correa was hit from behind and received a puncture to his rear tire, forcing him to retire from the race and start Sunday’s event from the tail of the field. 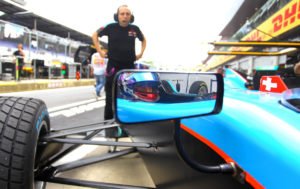 The start of race two was similar to that of race one as Correa rocketed off the line and immediately found himself battling for a top-ten position. Lacking speed compared to his rivals, the Jenzer Motorsport driver closed the weekend in 13th and currently sits 11th in the overall season championship standings.

The next GP3 Series event will take place this coming weekend, July 6-8 at the Silverstone Circuit alongside the Formula One World Championship.