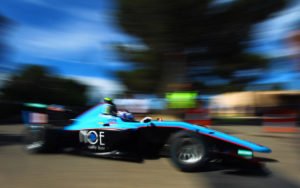 Taking on the Paul Ricard Circuit in La Castellet, France alongside the Formula One World Championship, American driver JM Correa added more points to his 2018 championship total. Overcoming some mechanical gremlins during the one and only practice session and some on track contact during race one of the weekend, Correa secured a ninth place result on Saturday and will now shift his focus to the next event in Austria this coming weekend.

After missing the one and only practice session and qualifying in the 16th position, Correa was able to move forward in the first of two races on the weekend to take the checkers in ninth. Though the points were good, they did come with some on track drama.

“The whole weekend was difficult for us. We had a hydraulic issue in the free practice, so my first push laps were directly in qualifying,” explained Correa. “Race one was a good effort, we managed to arrive to the points, but I was gutted with the contact I had with Tatiana. Unfortunately, we did not have DRS during the race so we were all forced to improvise and make risky overtakes that we usually wouldn’t have to do, and this resulted in contact with my teammate. Although the race director deemed it a racing incident, I did apologize to Tatiana and the team because we definitely do not want two Jenzer Motorsports cars coming together under any circumstance.”

Race two on the weekend would take place on Sunday and Correa added a 12th place finish. 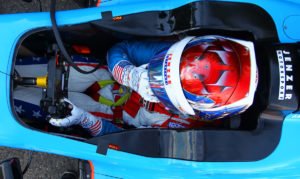 Correa added, “Race two was more difficult for me, I couldn’t seem to find any pace and I just tried to maintain my position. It is unfortunate that we could not be in the points, but I look forward to bouncing back in Austria next weekend.”

The next GP3 Series event will take place this coming weekend, June 29-July 1 at the Red Bull Ring in Austria.