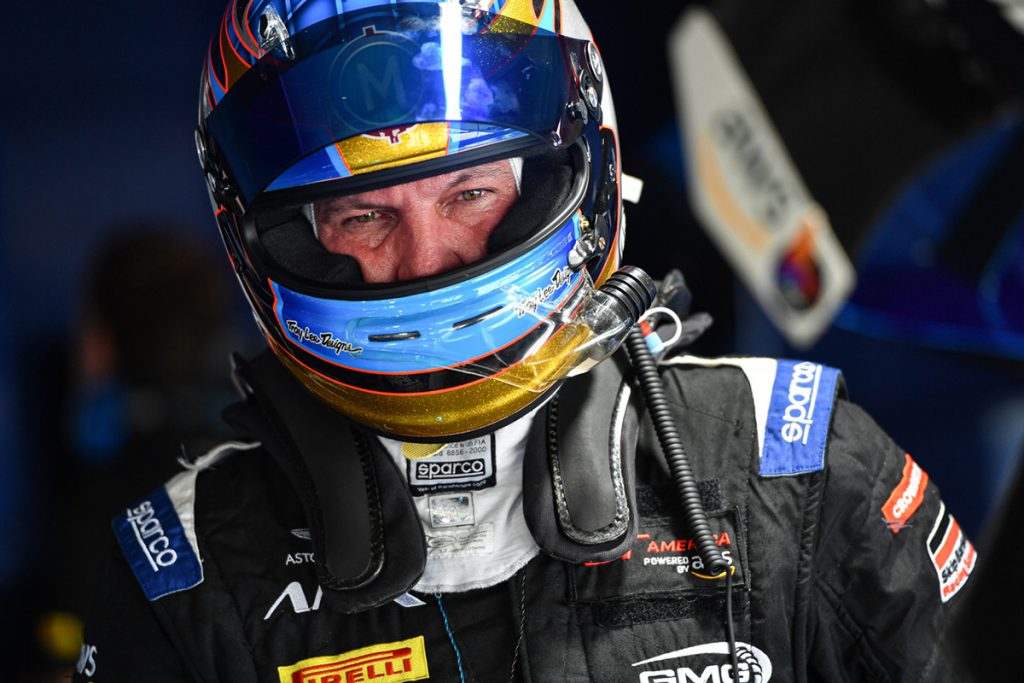 With two wins on the season, Jason Bell and GMG Racing took on the Sebring International Raceway this past weekend in both the GT America and Pirelli GT4 America SprintX. Earning his third victory of the season, two podium results and four top-ten finishes, Bell has quickly become one of the drivers to beat in GT4 competition. 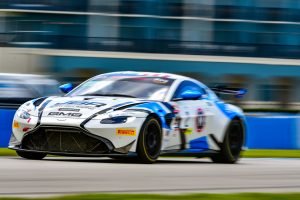 “It is great to have this success late in the season, but I want to continue it and finish the year strong,” explained Bell. “A solid end to 2021 will build momentum towards our 2022 campaign.”

Saturday would see another podium performance for Bell as he turned his second-place qualifying effort into a podium result as he stood on the second step of the podium to add to his 2021 total. Returning to the track on Sunday, Bell pushed his Aston Martin Vantage GT4 to another victory, his third of the season, as he closed the last four races on the 2021 calendar with three firsts and one second place result.

Competing in the SprintX category alongside Andrew Davis, the duo was able to turn the ninth and fourteenth quickest laps in Saturday’s qualifying session before earning a top-ten result in the race, crossing the stripe in ninth. Sunday yielded an even better result for the duo as they advanced forward to finish seventh.

Bell continued, “To leave Sebring with another win is such an accomplishment for not only myself, but the entire GMG program. We have really worked hard to push the #2 machine to the front of the field and our hard work and efforts are paying off.” 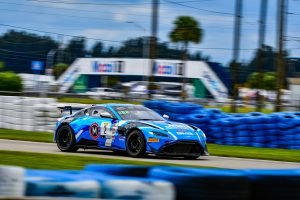