Fresh off a pair of victories at the Watkins Glen International Raceway less than two weeks ago, Jason Bell will look to continue his winning ways in his home state of Florida this coming weekend. Taking on the Sebring International Raceway, Bell and his GMG Racing prepared Aston Martin Vantage will contest in both the GT America and Pirelli GT4 America SprintX programs.

“I am excited to get back on track,” expressed Bell. “Obviously after you win, you really want to keep that going so that is the goal this coming weekend. Also, I want to make sure that Andrew Davis and I are back on top in the SprintX class as well. We have had the speed to win, just need to put it all together.” 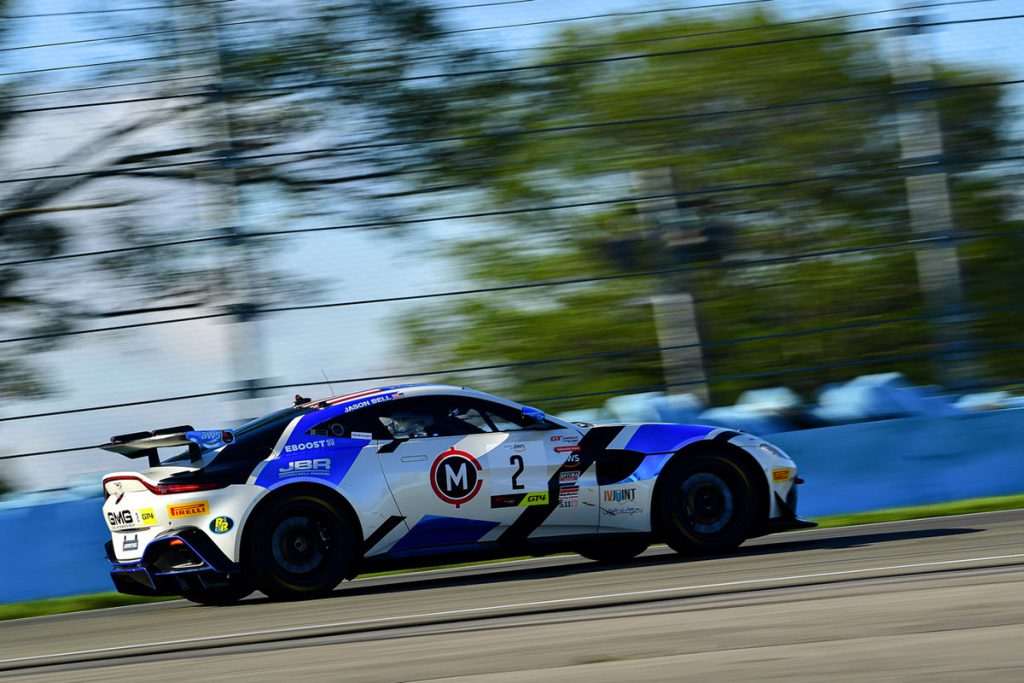 With a Promoters Test Day on Thursday before competitors race into the official event weekend, Bell will fine tune the handling on his MovoCash Aston Martin #2 entry. Having success at Sebring in the past and winning the last two races in the series, Bell is riding a high as the season begins to wind down.

Bell continued, “We started the season with a new car, and it took us some time to come to grips with it. Now, with 75% of the season under our belts, we are finally showing our potential which is setting us up for a great 2022 campaign. I would like nothing more but to win out this season; we all understand that this will be a difficult task, but that doesn’t mean we won’t try!”

Stay tuned to the Jason Bell Racing social media pages throughout the weekend for news, information, photos and results from the event weekend.