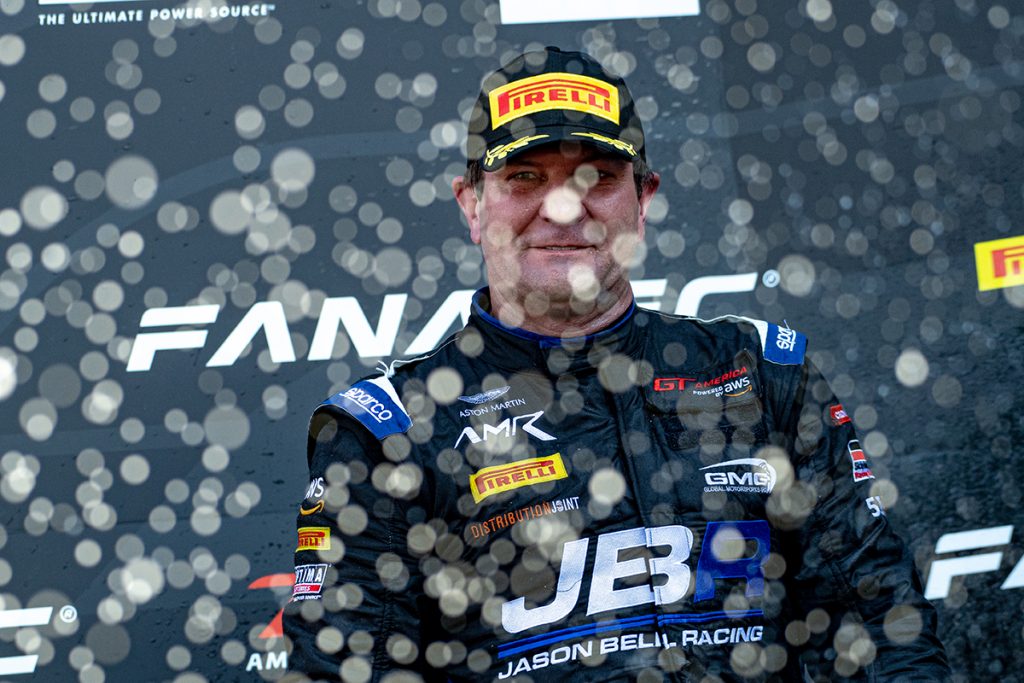 Residing in the Tampa, Florida area, Pirelli GT4 GT America Champion Jason Bell is looking to carry success from 2021 into the 2022 season. Competing with the same GMG Racing outfit as he did last year, Bell will pilot an all-new Aston Martin Vantage GT4 this weekend at his home race on the Streets of St. Petersburg.

“Last year was great but I honestly think we are just scratching the surface of the Aston Martin and the incredible program put in place by GMG Racing,” explained Bell. “It took a little bit to get started last year but as we progressed, we learned a lot more about the car and the results showed. Winning more than 50% of the races in the last half of the season proved to be a great run to earning the title, but also I am looking to continue that momentum into a new season.”

This weekend will see the reigning Pirelli GT4 GT America champion compete in the opening round of GT America alongside the NTT INDYCAR Series. In a jam-packed event weekend that will see the INDYCAR competitors, three rungs of the Road to Indy, Mazda MX-5 Cup and the GT America drivers, Bell will look to make the hometown crowd proud as he competes on the streets that he drives on daily.

Completing a two day test in California a few weeks ago, Bell is anxious to get the 2022 wheel-to-wheel season started.

Bell continued, “I will have a lot of friends, family, and supporters here this weekend, so the goal is simple, win. I have the team behind be to do it and a brand new Aston Martin that we know is fast, so it is all about putting the pieces of the puzzle together, staying out of trouble and having a little racing luck.”

Bell and the rest of the GT America competitors will hit the track on Thursday afternoon for a pair of practice sessions before qualifying takes place on Friday morning. The first race of the season will go green on Friday afternoon prior to the second wheel-to-wheel action on Saturday morning.