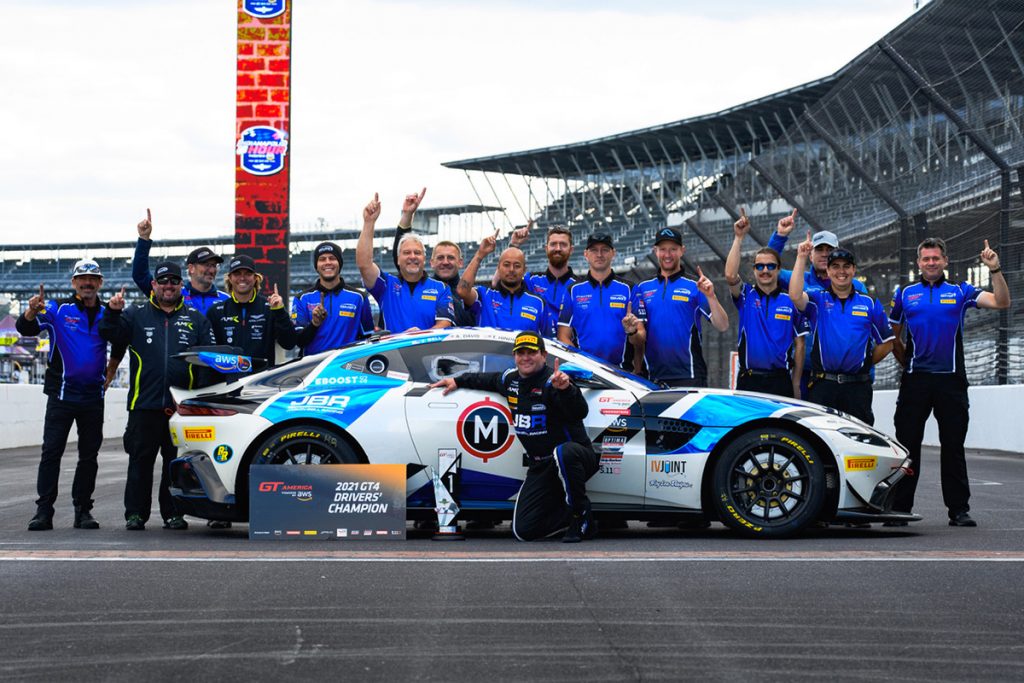 It has been a long time coming for Jason Bell, but he now has the designation as GT America Champion. Working with his GMG Racing outfit behind the wheel of an Aston Martin Vantage GT4, Bell added a race win and two podium results this past weekend at the Indianapolis Motor Speedway to cap off an incredible year in the series that featured multiple race wins and the eventual championship. 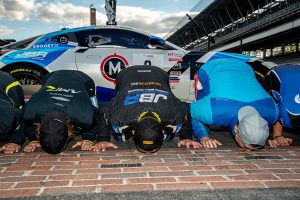 “What a year it has been, and I can’t thank all of the GMG Racing crew and Aston Martin for their help, support and confidence,” explained Bell. “When we got behind, they pushed to get us back to the top. It is an honor to drive for this team and this brand, and I just hope that this is something that we can continue for years to come.”

With rain in the forecast throughout the week, Bell was unfazed as he climbed behind the wheel of his #2 MovoCash entry. After qualifying in the second position for race one on Friday, Bell took advantage of his front row starting position to move to the lead and never look back. Driving to the victory in the first GT America race of the weekend, Bell was five markers shy of securing his first GT America title. Saturday would see the Floridian return to the podium, this time in the second position as he garnered enough points to be name the 2021 GT America Champion.

Bell added, “At times, the conditions were bad, but I knew what I needed to do. We came into the season with a goal and adjusted as needed. In the end, I think we exceeded our expectations which is always good when you are chasing race wins and a championship.”

Competing in three different classes over the event week, Bell teamed with long-time co-driver Andrew Davis in the Pirelli GT4 America SprintX finale and netted another pair of top-ten results. Completing race one in the eighth position, Bell and Davis leveled up in race two of the event to cross the line in P6. 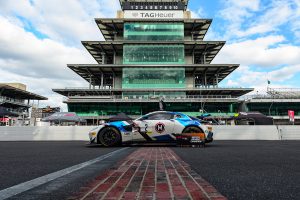 Also, on the docket for the weekend was the Fanatec GT World Challenge America Powered by AWS Indianapolis 8-Hour race. Teaming once again with Andrew Davis as well as Aston Martin driver Trent Hindman, the trio would take on Sunday’s eight-hour endurance race in the GT4 class as they were aiming to continue the success in Indianapolis. Biding their time early and running inside the top five, Davis, Hindman and Bell had the car to win, but the luck that forced them to the sidelines.

“It was going well, and I think we could have challenged for the win,” explained a disappointed Bell. “Unfortunately, the alternator belt broke and caused the battery to die. The GMG Racing crew was able to get us back on track to ensure the car was good, but our race was effectively over at that point. Sucks to have a strong weekend end in the garage, but sometimes racing is a cruel sport. Another huge shoutout to the GMG Racing crew, Andrew Davis, Trent Hindman, MovoCash and the rest of our partners for a successful season. For me, 2022 starts now!” 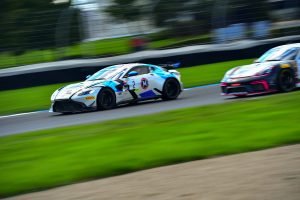