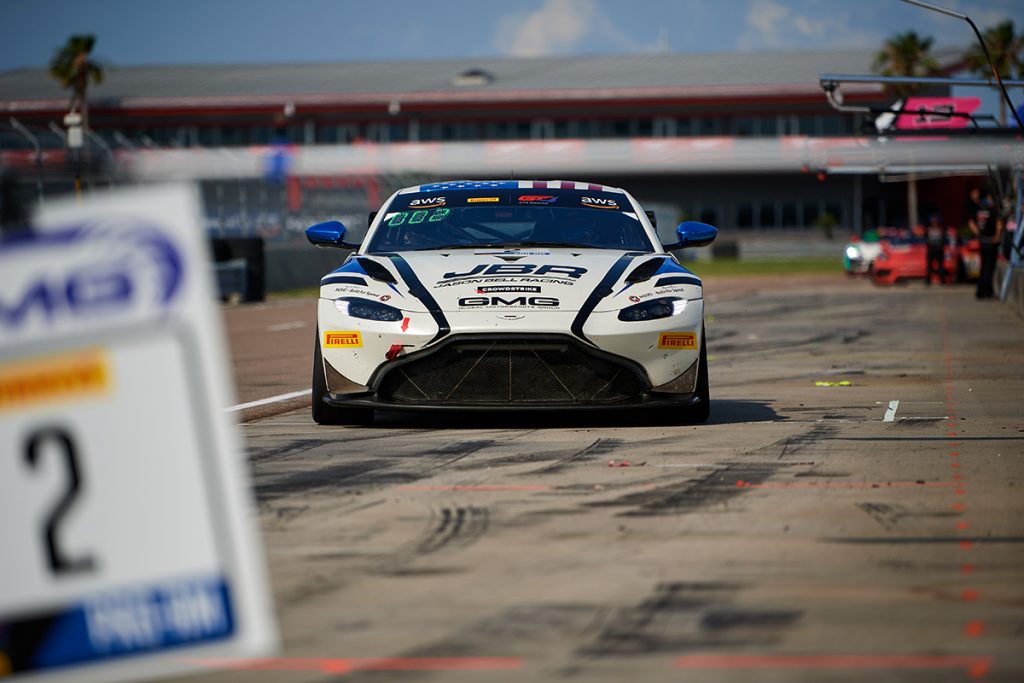 The racing season may be nearing an end, but Jason Bell is still going strong pulling double duty driving this year in both the GT World Challenge America Powered by AWS and the Pirelli GT4 America series. Bell, piloting his Aston Martin Vantage GT4, looks to make a comeback this race weekend in Sebring, Florida on one of the longest running racetracks in the country, the famed and bumpy Sebring International Raceway.

Two years ago, Bell walked away with a first and second place trophy in the GT America series Invitational on the 3.74-mile-long Florida circuit and had success in the 2021 season at the former airport facility which helped secure his 2021 championship title in the GT4 class.

“We had two podiums here,” explained Bell, “And even though this season hasn’t been too kind to us this year, I think we have a car that’ll get us on the top step of the podium again. The team has been working so hard all year at giving me a fast car and really deserves to be up there, so I’m going to do my best to accomplish our goals.”

The 2021 GT America champion is also racing in the GT4 America series for GMG Racing this year with co-pilot Andrew Davis, having secured a handful of top-ten finishes this season.

Bell continued, “This year we have shown speed in GT4 America, but our results have not matched our speed. The car has so much speed and we’ve had some great runs, but there’s always been something setting us back in a race and we hope to have a change of luck in Sebring this weekend.”

Jason Bell would like to thank all his partners for their continued support this year. A huge thanks to Fidelis Capital, GMG Racing, Aston Martin Racing, MovoCash, Meat Market, and Paddock1 Garages.