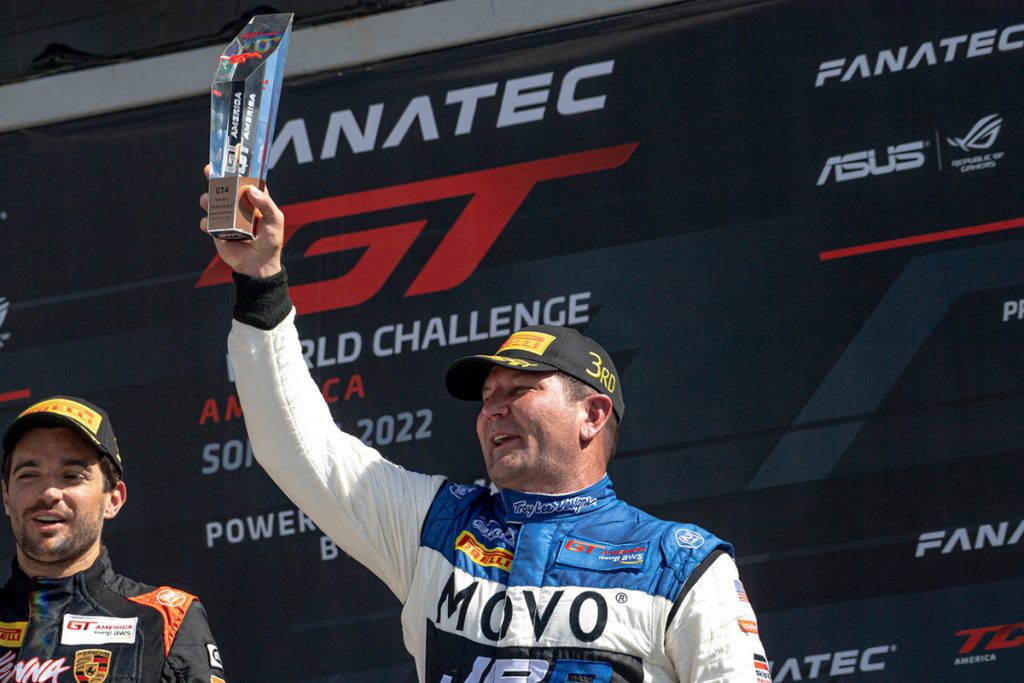 As the reigning series champion and already a winner this season, Jason Bell found his way back to the podium this past weekend at the famed Sonoma Raceway. Competing in both the Pirelli GT4 America and GT America programs, Bell earned three top-ten results including one podium as he now shifts his focus to the next event. 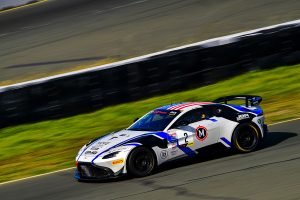 “I feel our results are not accurate with the speed and pace we had in Sonoma,” explained Jason Bell. “We battled both tough weather and competition and came out on the short end on multiple occasions. Race one was a perfect example of this when I was battling for the lead with two laps to go and was put off at the carousel and fell well down the running order.”

After qualifying sixth for the first GT America wheel-to-wheel action of the weekend, Bell immediately rocketed his way forward and ran in the top-three throughout the twenty lap race until the final two circuits. Running in the second position with only a pair of laps remaining, Bell went for the lead in the final corner but was shoved off track and eventually classified in the 18th position in class.

Returning to the track on Sunday to show the race winning performance that was on display on several occasions throughout 2021, Bell kept his nose clean and advanced forward to a podium result. Completing the full eighteen-lap race, Bell crossed the line third in class and was the highest finishing Aston Martin Vantage GT4.

Bell continued, “With a missed opportunity on Saturday and only a third place podium on Sunday, you can count on my drive and determination being high at the next event in just over four weeks’ time.”

Racing with Andrew Davis in the Pirelli GT4 America effort, the pair would earn a pair of top-ten results throughout the weekend. Forced to overcome some hiccups and drive their way forward, Bell and Davis crossed the line sixth in the Pro/Am class Saturday and repeated their performance on Sunday.

Bell added, “I think we improved our GT4 America program from 2021 and have the speed to run at the front. A little fine tuning and Andrew and I will be spraying the champagne from the podium, hopefully at the next event.”

With just over four weeks off until the next event, Jason Bell will shift his focus to the May 19-22 weekend at the brand new Ozarks International Raceway.