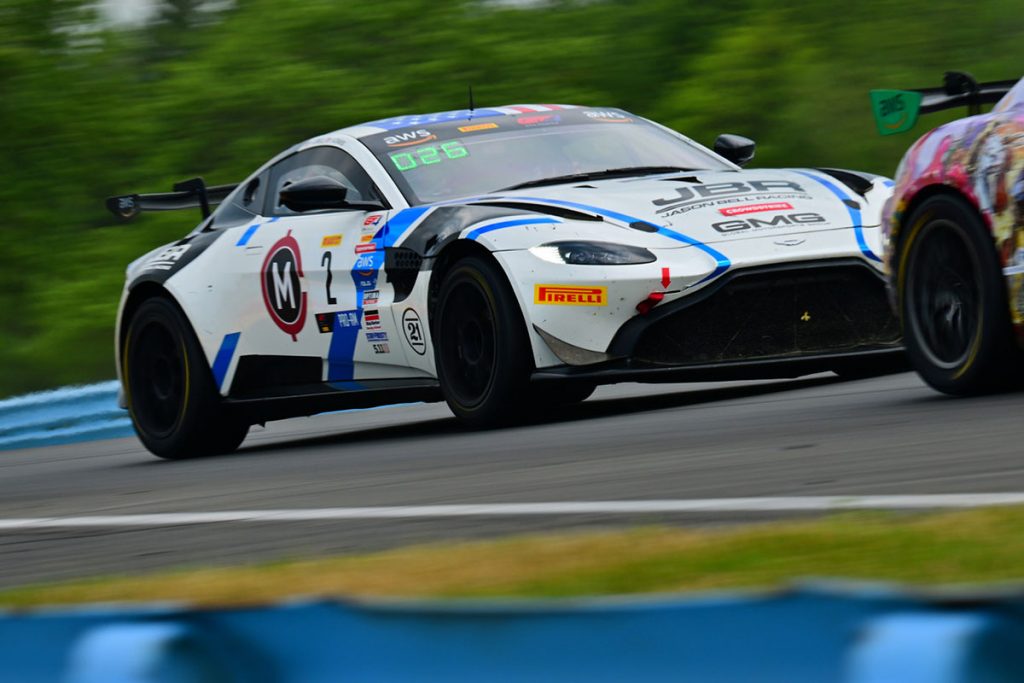 After a pair of podiums at the VIRginia International Raceway, Jason Bell continued his momentum with a fantastic 12th to third place comeback in the first GT America Powered by AWS race at Watkins Glen International Raceway. Crossing over the halfway point for teams in the 2022 GT America Championship, Bell and his GMG Racing outfit look to finish the season strong and add to their growing results resume and will do so this weekend in Nashville at the Music City Grand Prix entering the event as the point leader.

After a full day of practice in both the GT America and Pirelli GT4 America classes on the 3.4-mile road course of Watkins Glen, Jason Bell was ready to race. Starting in 12th for the first GT America race, Bell had some catching up to do. Able to get a jump at the restart on an early yellow flag, Bell advanced forward to the fifth position and closely battled with drivers vying for a podium result. On the final lap, Bell was able to make his move forward to secure the third step on the podium in his class and a P6 result overall. Riding high after a podium, Bell’s GT4 America race later in the day was less satisfactory as he looked to make it two-for-two with podium finishes. An issue early in the race with his front tire brought him into the pits early on having to re-enter the race two laps down effectively ruining any chance at a good result.

Starting in fifth for the second GT America race on Sunday, Bell got caught up in some lapped traffic and a yellow flag late in the race brought the field closer together. Bell found himself in the seventh position by the time the final checkered flag flew. With one last race on his mind, it was time for Bell to put it in gear as he and Andrew Davis would look to finish the weekend strong. A couple of long caution periods in the race slowed the momentum and pace hindering Bell and his co-driver from being able to make any headway towards the front, ending their last race of the weekend with a P12 result.

“The GT4 races were a little disappointing as we just didn’t have the speed that we wanted in qualifying to be upfront,” says Bell. “But, we’re walking away with one podium in GT America, so I still consider the weekend a success. We will be gunning for more at our next event.”

Jason Bell takes a wave of momentum and the point lead into Nashville, Tennessee this weekend as he looks to stand on top of the podium at the Music City Grand Prix.