JASON BELL BACK ON THE PODIUM AT VIR 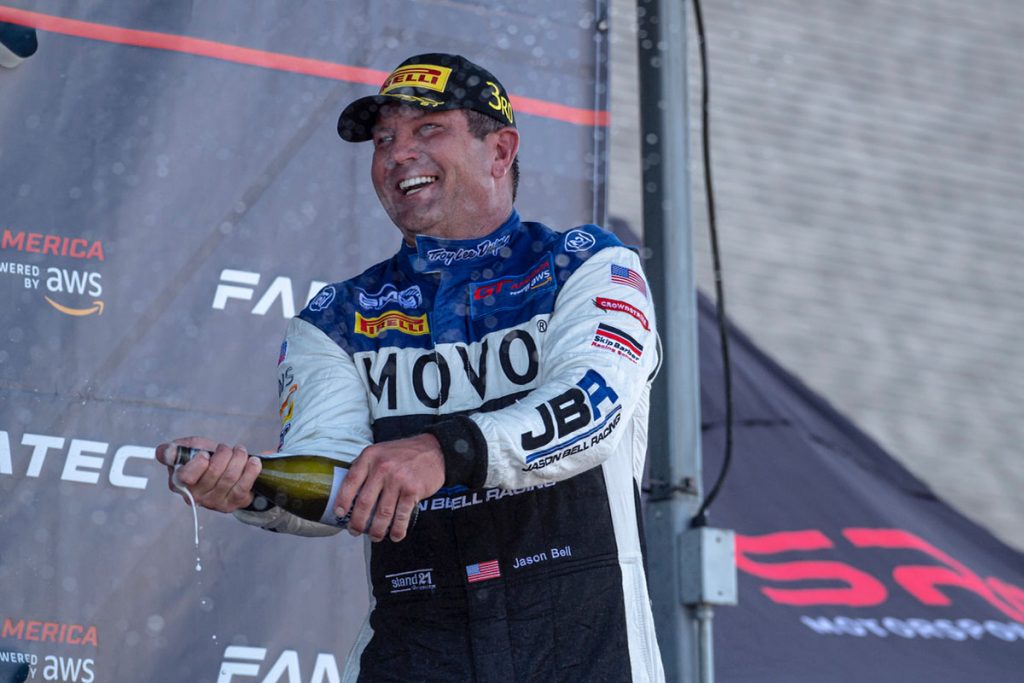 It was a pair of trips back to the podium this past weekend for GMG Racing and Aston Martin Vantage GT4 driver Jason Bell. behind the wheel of his familiar #2 entry, Bell earned two third place finishes as he added another top-ten result in the Pirelli GT4 America program with his co-driver Andrew Davis. 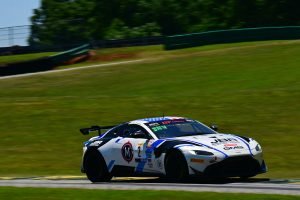 “It was a good weekend, and I am happy to get back onto the podium,” expressed Bell. “Despite showing the speed in practice to top the charts, we were unable to carry that pace into Saturday and Sunday once the racing began.”

Topping the charts in both classes during Friday’s official sessions, Saturday morning would be a different story in qualifying. Struggling to find the pace to earn the pole position, Bell in his GT America entry and Bell and Davis in Pirelli GT4 America had the speed to ensure they were in the top-ten.

Bell, competing solo in GT America and starting inside row three, was a rocket ship throughout the first wheel-to wheel action on the weekend. Steadily progressing his way forward to run in the second position, Bell eventually ended race one in third. Sunday would be much of the same for Bell as another third place result provided GMG Racing a pair of podium results from the hands of Jason Bell.

Bell and Davis would have a race to forget in Saturday’s Pirelli GT4 America wheel-to-wheel racing as late race contact ruined any chances of a podium result. With Bell starting inside the top-ten and running the first half of the race he would than hand the controls over to Davis from the second position. Battling at the front of the field, the #2 entry was involved in an incident and failed to complete the full race distance.

Returning to the track Sunday with Davis behind the wheel to take the green flag, the mid-race mandatory pitstop would see Bell hop behind the wheel and drive the Aston Martin to the finish. Crossing the line in sixth, Bell added his third top-ten finish of the weekend.

Bell added, “The weekend is done and dusted. We will regroup and be ready for the next event at Watkins Glen.”

With a four week hiatus, Jason Bell will enjoy some downtime before returning to the track during the July 22-24 weekend at the Watkins Glen International Raceway in Corning, New York.