JASON ALDER WINS AT THE CIRCUIT OF THE AMERICAS 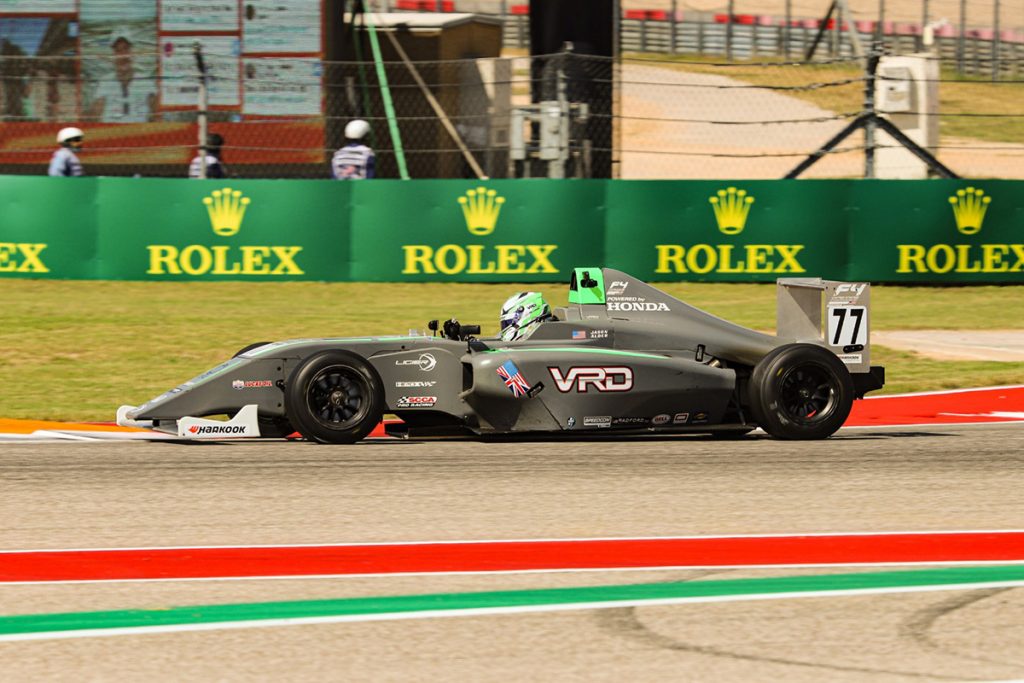 It was the final event weekend of the 2021 F4 United States Championship Powered by Honda, and it was a victorious one for Jason Alder. Competing in the Velocity Racing Development (VRD) #77 entry, Alder was victorious on Saturday, and would look to fight for a podium result on Sunday until the caution flag flew and froze the field as the 2021 season ended behind the safety car. 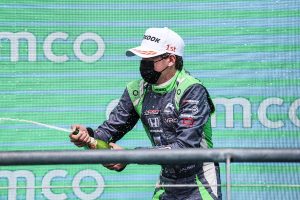 After pacing the field in the one and only practice session on Friday by earning the quickest lap of the session, goals were set high for Saturday as qualifying would set the grid for Saturday’s penultimate round. Aiming towards the top of the time sheets, Alder managed to secure the fifth fastest lap of the session and lined up for the first wheel-to-wheel action of the weekend on the inside of row three.

In dominating fashion, Alder jumped to the top of the running order as he moved to the lead and looked to pull away from the field in the ten-lap race. With his rivals keeping him honest, Alder not only controlled the pace, but managed to hold his competitors at bay to top the podium in what would be the biggest win of his short open-wheel career to date.

“Qualifying was not what we had hoped for, but we turned that around in the race,” explained an excited Alder after claiming his fifth win of the 2021 season. “Moving to the lead and trying to control the pace, I was able to take home win number five on the season and keep my championship hopes alive heading into Sunday.”

With lap times from race one setting the grid for race two, the VRD driver scored the fifth fastest lap and started Sunday’s final event of the season from the inside of row three in the fifth position. Looking to repeat his performance from Saturday in the hopes of claiming the F4 title, a competitive first lap saw side-by-side action throughout the field as Alder fell back to the seventh position. With some close, hard battles going on throughout the field, the #77 was able to move his way back forward before the yellow flag would be displayed halting any forward progress and putting Alder in the sixth position. With his season long results that included five wins and seven podiums, Jason Alder finished third in the F4 United States Championship Powered by Honda.

Alder continued, “Unfortunate to end the season under caution but our time constraints over the F1 weekend are very strict. I think we would have had a shot there in the end, even if we only got a lap of racing. The title was a bit of a long shot as I needed to have a great weekend and have some of my competitors falter, but I think we put up a great fight. All year I had a great team and great partners behind me and that transitioned into the results that we had this season. While I am still unsure what our race program will look like in 2022, I will be working hard to be on the grid and successful wherever I may land.”