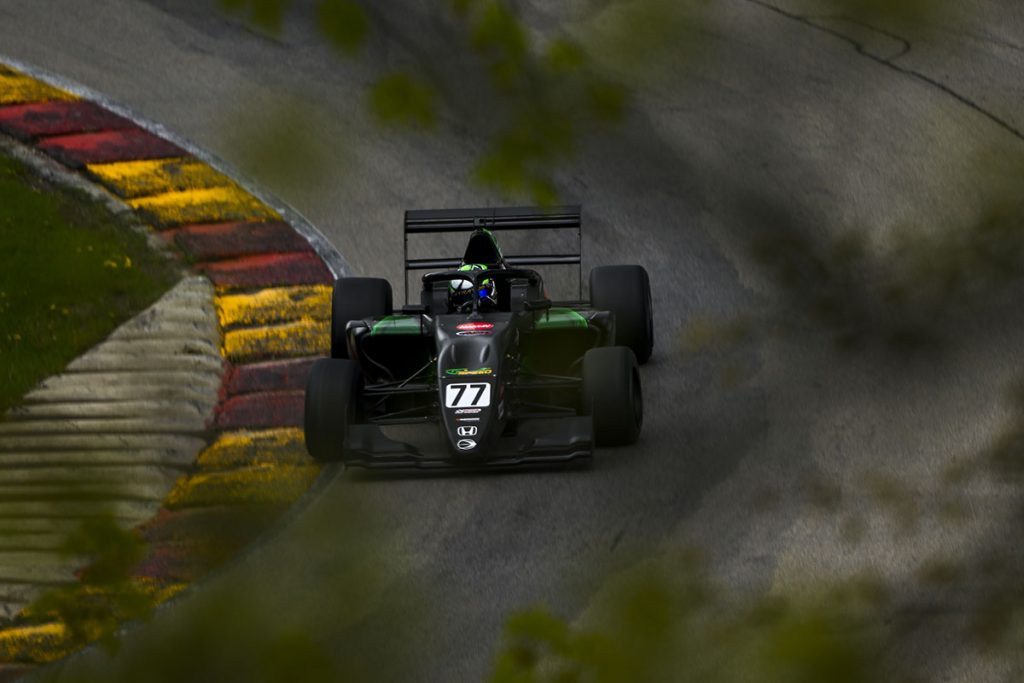 It was a race winning weekend for Jason Alder at Road America. Piloting the TJ Speed #77 entry, Alder scored three top-five results including two podium finishes and a victory, his second in the FR Americas Championship Powered by Honda and first of the 2022 race season. With the trio of results, Alder moved from fifth to third in the championship point standings with his sights now set on the next event at the Mid-Ohio Sports Car Course in June. 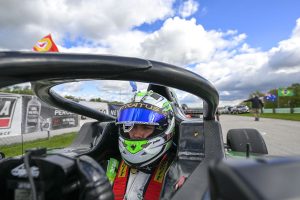 During Friday’s test sessions, Alder showed his pace right out of the gate turning the second fastest lap in both on track efforts. In the one and only official practice of the weekend, and after a heavy dumping of rain, Alder and TJ Speed decided to run the slick Hankook tires on a damp but drying track. Searching for grip as a dry line appeared and trying to keep up with other competitors, Alder earned the sixth fastest lap of the session but was confident heading into qualifying on Saturday.

After qualifying on the outside of the second row in the fourth position, Alder would look to advance forward when the lights went out for the first wheel-to-wheel action of the weekend, but his progress forward was halted immediately. With the second place starter stalling on the line, Alder was forced to take evasive action to go around him and in doing so, put his two left side wheels in the grass to provide enough room for his Drive for Diabetes Awareness branded machine. Losing traction and three positions in the process, Alder fell back to seventh before battling his way back forward to finish fourth. Scoring the second fastest lap of the race, Alder lined up on the outside of the front row for race two on Sunday morning.

With no car in front of him, Alder had a clear run to the first corner but again faltered off the line. Dropping two positions before the long run down to turn one was complete, the TJ Speed driver quickly made the two lost positions back while he ran three seconds behind his teammate and race leader Raoul Hyman. Slowly gaining as the race went on and putting pressure on the current point leader late in the race, Hyman made a mistake that opened the door for Alder. Taking full advantage to move to the lead, Jason Alder scored his first win of the season at one of North America’s most iconic racetracks. 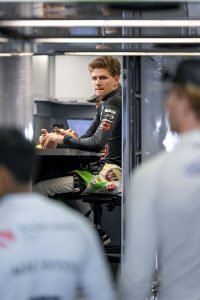 With one more race on the weekend, Alder would again start on the outside of the front row in the second position. Battling a trio of drivers all race long, the FR Americas rookie earned a second-place finish, his second podium result of the weekend, and was one of three TJ Speed drivers on the podium as they managed to sweep the race three proceedings. Jason was also awarded the Omologato Perfectly Timed Move of the Race at Road America.

“What a weekend,” explained Alder. “It is good to score my first win of 2022 and hopefully that will build the momentum to a few more. A huge thank you to my team, TJ Speed and my partners, Drive for Diabetes Awareness / Hakun for all the help and support. Looking forward to the next event already.”

With a few weeks’ hiatus, Jason Alder will be back on track at the Mid-Ohio Sports Car Course June 23-26 for rounds seven through nine of the FR Americas Championship Powered by Honda.

For more information on Drive for Diabetes Awareness or to donate online, please visit them at www.drivefordiabetesawareness.org/donate.