JASON ALDER STARTS SECOND HALF OF THE SEASON THIS WEEKEND 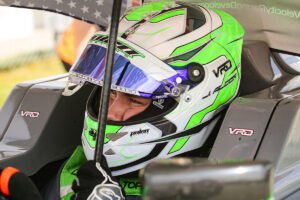 With a dream start to the F4 United States Championship Powered by Honda, Velocity Racing Development driver and series rookie Jason Alder is looking to start the second half of the season similar to the first. With two wins and three podium results in his debut at Road Atlanta, Alder will now travel to the furthest northern event on the 2021 calendar at Brainerd International Raceway in Brainerd, Minnesota.

“After my first weekend, I have fallen into a bit of a slump. I guess you can say it is a slump as I have not won since then due to multiple mechanical issues, but we have proven to have the speed to be at the front and added several top-five finishes and podium results,” explained Alder. “With three event weekends behind us and three to go, the midway point of the season allows us a reset and make a big push towards the championship. I am ready!”

As the point leader after Road Atlanta and falling to second after Road America, Alder left the Mid-Ohio Sports Car weekend with one podium and solidified his positioning in the top-five in the championship points battle. Now, heading to a facility that is new to the F4 US Championship and many of the teams and competitors, Alder his hoping his ability to learn a track quickly helps elevate him to the top of the results sheets.

“I have always had to be a quick learner as my previous experience in oval racing saw condition and grip changes to the track almost each and every session,” added the driver of the #77 entry. “Hopefully, we have rid ourselves of the mechanical issues so I can focus on my job which is driving. My goal is to turn that around this weekend and win as many points as I can and get back into the championship battle.”

With a jam-packed schedule on the 2.5 mile, 13-turn Brainerd International Raceway, Alder will hit the track on Friday for some optional test sessions before immediately progressing into the race weekend. With rounds ten, eleven and twelve on the schedule, the VRD driver is preparing himself to come out on top.

Catch Jason Alder and the rest of the F4 United States Championship Powered by Honda is July 16-18 at the Brainerd International Raceway. Tune into live timing via the Race Monitor app while races will be live streamed on the SVRA app.